Federico Pérez is assistant professor of urban anthropology in the Honors College at Portland State University. His research interests include city planning, urban renewal, infrastructure and engineering, and (in)security and (post)conflict urbanism in Latin America. Pérez was a 2012 Drugs, Security, and Democracy Fellowship recipient. 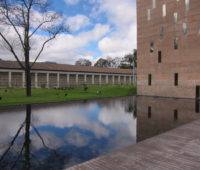