Susan S. Fainstein is a Senior Research Fellow in the Harvard Graduate School of Design

Harlem in the 2000s: Diversity, Revitalization, Gentrification, and Equity 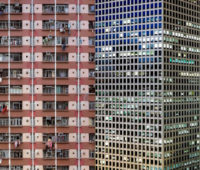 When we consider the characteristics of a decent city, we usually identify diversity and inclusiveness as important characteristics. At the same time, gentrification, which can produce greater heterogeneity in previously ghettoized neighborhoods, is feared for its displacement effects on low-income residents. Additionally, original inhabitants often resent the cultural differences and implied superiority of wealthier incomers. […]