In this contribution to “Covid-19 and the Social Sciences” series, John Sides interrogates the common assumption that Americans’ love of freedom and anti-authoritarian streak is behind resistance to enacting public health measures to fight Covid-19. Beyond the fact that significant majorities of Americans support and follow these measures, Sides also examines the role that political leaders play in shaping the views of those who resist behavior change. This is especially the case among some (but not all) Republicans given the messages from President Trump and party leaders.

To read a lot of commentary about the Covid-19 pandemic is to read a very pessimistic take on what Americans are willing to do to fight it.

For example, one claim is that “the public will uniformly push for more opening”—rather than, say, tolerating or even supporting measures that limit gatherings or force businesses to close. And so public health professionals advocating these measures have been told that they don’t understand “the real world of politics.”

Another claim is that Americans won’t tolerate policies like “test and trace,” which seek to rigorously identify infected individuals and their contacts. According to this view, only countries with an “authoritarian residue,” like South Korea, can pull this off. But in the United States, “many Americans do not share this faith in government or willingness to limit individual freedom and privacy for population benefit.”

These characterizations of “the public” have two problems. The first is that they are at odds with what the public actually says and does. Most Americans began staying home before the orders, suggesting a genuine willingness to take steps that reduce the spread of the virus. Both mobility data and restaurant reservations suggest that Americans still have not returned to prepandemic levels of activity.

In surveys, large majorities of Americans continue to support stay-at-home orders and social distancing. This is true even when survey questions explicitly juxtapose those policies with potential costs to “freedom.” Indeed, two-thirds even support required testing and quarantining those who test positive.

The impact of leadership on popular opinion

The second problem with these characterizations of the public goes deeper. The argument assumes a “public” that inevitably stands for “freedom” and keeps leaders from pursuing policies that would help contain the virus.

But much political science research shows that the causation works the other way.1 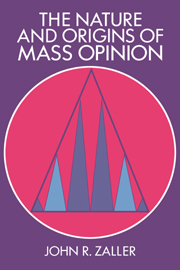 Cambridge University Press, 1992More Info → Rather than the public constraining leaders, it is leaders, especially trusted leaders, who shape what Americans think. Thus, the challenge to stay-at-home orders, testing, or quarantines doesn’t bubble up from freedom-loving citizens. It arises because leaders start to criticize these policies, and citizens aligned with those leaders change their minds.

Consider the simple question of whether people are concerned about the pandemic. In surveys conducted by YouGov, majorities of both Democrats and Republicans expressed at least some concern when the question was first asked in early February, about a month after the first confirmed cases in China.

But then President Trump began downplaying the severity of the outbreak. On February 23 and 24, he said that the situation was “very much under control.” Over the next two weeks, he said that the number of cases, “is going to be down close to zero,” the virus would “disappear…like a miracle,” and it was “very safe to fly.” On March 10, he said, “Just stay calm. It will go away.” (Trump actually thought otherwise.)

Republicans in the public followed his lead. The percent who was concerned about the virus declined from 68 percent to 52 percent. Democrats moved in the opposite direction.

But on March 11, Trump announced travel restrictions from Europe. On March 13, he declared a national emergency. On March 16, he announced social distancing guidelines and said he had told his son Barron that “it’s bad.” Again, Republicans followed his lead: Their concern increased and peaked in an early April poll, just after Trump said that “this could be a hell of a bad two weeks” and that the virus was “vicious.”

After that point, however, the dominant messages coming from Democratic and Republican leaders diverged. Trump spent much of April saying that the virus would simply go away and attacking governors and other leaders who insisted on stringent measures to combat it. Republicans in the public followed suit, as their concern about the virus declined.

The effect of political attentiveness on public opinion

Public opinion about state and local Covid-19 policies followed a similar pattern. Support for closing businesses is one example. Here, it is helpful to compare Americans based not only on their partisanship but on how much they follow politics. If messages from leaders are affecting opinion, it will emerge most clearly among people who follow politics and are likely to have heard and understood those messages. Attentiveness to politics can be most reliably measured with simple factual questions about politics2Vincent Price and John Zaller, “Who Gets the News? Alternate Measures of News Reception and their Implications for Research,” Public Opinion Quarterly 57, no. 2 (Summer 1993): 133–164.—in this case, whether respondents knew the length of a US senator’s term and whether they knew what office John Roberts holds.

The graph below shows that in mid-March, closing businesses was widely supported among nearly all Americans. Support was highest among more attentive Americans (the 30 percent of respondents who answered both factual questions correctly) than among less attentive Americans (the 47 percent who got neither question correct). This makes sense: These were the people most likely to hear the warnings of public health officials. Notably, Democrats and Republicans were not much divided at that point in time, in part because Trump was finally emphasizing the seriousness of the virus.

It is worth emphasizing the high level of Republican support for closing businesses. One theory of why the United States has struggled to fight the pandemic, recently proposed by New York Times columnist Ross Douthat, is that Trump had to confront the “folk-libertarianism” of the Republican Party—a “reflexive individualism disconnected from the common good” that is “deeply American.” But at that moment, there was little evidence of such sentiments. Even Republicans were not opposed to restrictions intended to fight the virus.

But that changed after Trump and others began criticizing state and local restrictions. Trump famously targeted states with Democratic governors, tweeting, “LIBERATE MINNESOTA,” “LIBERATE VIRGINIA,” and “LIBERATE MICHIGAN!” in late April. This led to a sharp drop in support for closing businesses—one most visible among politically attentive Republicans, whose support dropped 40 points in less than three months. Support among Democrats barely declined.

This same pattern of partisan division has played out in many other policy areas,3Shana Kushner Gadarian, Sara Wallace Goodman, and Thomas B. Pepinsky, “Partisanship, Health Behavior, and Policy Attitudes in the Early Stages of the Covid-19 Pandemic” (working paper, SSRN, March 27, 2020). including the wearing of masks. And, as the political scientist Cindy Kam and I showed in a recent report, partisan divisions on canceling large gatherings are also largest among those paying the most attention to politics.

At the same time, as the graph above shows, Republican opposition for closing businesses has largely plateaued. In fact, as of mid-September, about half of Republicans disagree with the president and favor the restrictions he wants to “liberate” blue-state voters from.

This fits with a broader pattern in public opinion, whereby many people who call themselves conservative actually favor a lot of what government does.4 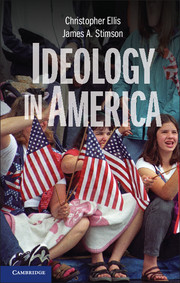 Cambridge University Press, 2012More Info → The challenge for the GOP’s “folk libertarianism” is that many of the party’s own voters don’t subscribe to it.

It is common to hear Americans—or “Americans”—described as “pandemic-weary.” Certainly, Americans want the pandemic to end and life to return, as much as it can, to normal.

But being weary of life during a pandemic doesn’t mean rejecting the measures that will help end it. Large majorities of Americans have supported restrictions on their personal freedom that were previously unthinkable. Rather than a reflexive libertarianism, there has been a reflexive willingness to make sacrifices that protect not only people’s own health but the health of others.

And when that willingness has faltered, it was not because of some intrinsic anti-authoritarian streak among ordinary Americans. Of course, some Americans are skeptical of government restrictions on individual freedom. But those sentiments did not become manifest with regard to Covid-19 until some Republican leaders, most notably the President, criticized stay-at-home orders and dismissed the need for precautions like masks or social distancing.

In many ways, “pandemic weariness” remains a largely partisan phenomenon.

John Sides is professor of political science and William R. Kenan, Jr. Chair at Vanderbilt University. He studies political behavior in US and comparative politics. He is an author of Identity Crisis: The 2016 Presidential Campaign and The Battle for the Meaning of America (with Michael Tesler, and Lynn Vavreck; Princeton University Press, 2018), and The Gamble: Choice and Chance in the 2012 Election and Campaigns and Election: Rules, Reality, Strategy, Choice (with Lynn Vavreck, Princeton University Press, 2015). He has published articles in various scholarly journals, including the American Political Science Review, American Journal of Political Science, British Journal... Read more

Next article Hidden Vulnerability and Inequality: The Covid-19 Pandemic in Singapore

Varieties of Covid-19 Expertise: The Pandemic in China, Hong Kong, and the United States