Eunice Kamaara, an advisory board member of the Next Gen program, reflects on some of the work of Next Gen fellows she has interacted with, to make a case for the need of doctoral students in Africa to challenge tradition, and at the same time prepare for disruption.

Social science research involves the systematic investigation of human behavior in society: what, how, why, and when, humans think, feel, say, and act, and the implications of these on the social world. We underline the word “systematic” because the goal of social science research is to describe, explain, predict, evaluate, and ultimately manipulate human behavior for the continued improvement of human wellbeing in society. Social science research is complex because human thoughts, feelings, words, and actions are conflicting (even within one person) and ever-changing because human beings think and feel before, during, and after action. Therefore, action is meaningful. To complicate it further, researchers are also human and therefore they too are forever thinking and feeling as intersected by their positionalities (age, gender, marital status, religion, ethnicity, and other social variables) even in the very act of research.

“What does it mean for research to be systematic when the social world is all about contestations, (re)negotiations, and (re)constructions by both the researcher and the researched?”

Cognizant of the influence of identities and moralities in both thought and action, I would wish to declare the following upfront: (1) I identify as a female black African Christian born soon before or after political independence of most African countries; (2) I have taught social and behavioral research methodology at both undergraduate and postgraduate levels for close to three decades; and (3) I am informally and formally educated in Kenya throughout the last six decades (with scores of short visits abroad—the longest only nine months in North America).

In one of the short stints of my life abroad, I participated in an International Deans Course (IDC) under a German Higher Education Management program dubbed “DIES program,” on Innovative Higher Education Management Strategies.1The IDC celebrates its 20th anniversary this year. My “Aha!” moment was the realization that to live is to change. I documented this profound lesson in a chapter in a book on change management.2Eunice K. Kamaara, “Towards a Culture of Quality Management at SASS, Moi University: Changing Lecturers Attitudes to Students’ Assessment/QM,” in Challenges for Faculty Management at African Higher Education Institutions, eds. Peter Mayer et al. (Bielefeld: W. Bertelsmann Verlag, 2011), 15–31. This single truth rendered meaning to feelings, thoughts, and actions that I had previously engaged in without much reflection. This was a mystical experience: It brought to the fore and clarified my understanding of an identity given to me by my high school headmaster more than four decades ago: a “cultural fighter.” Since then, I have consciously endeavored to question singular and simple interpretations of reality, to recognize and reflect on my positionality in my interpretations of reality, and to privilege African indigenous epistemologies.

Traditions of innovations or innovation of tradition

“Traditions of innovations presuppose that there are many sets of customs and beliefs of introducing new ideas, new methods, and new things of different kinds to add value to human life.”

Tradition refers to a set of customs and beliefs passed on from one generation or group to another. They are tactics or strategies (depending on scale or level of exercising power) aimed at ensuring the everyday orderly functioning of society. In concurrence with Kuhn,3 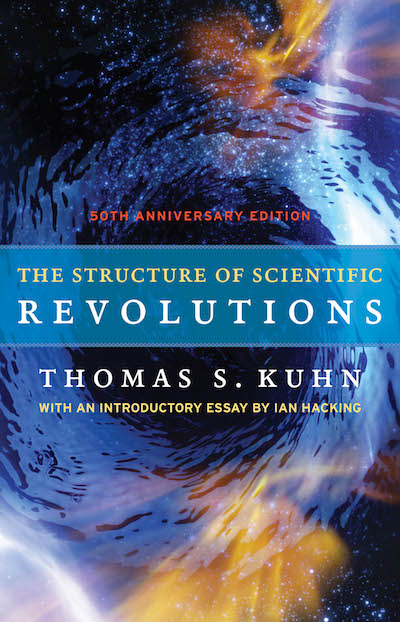 Chicago: The University of Chicago Press, 2012More Info → I would add that used in singular form, “tradition” refers to expected customs and beliefs, the standards that must be followed. “Innovation,” on the other hand, is the introduction of something new that is more functional. In this context, traditions of innovations presuppose that there are many sets of customs and beliefs of introducing new ideas, new methods, and new things of different kinds to add value to human life. These traditions are as many as there are human societies and have been there as long as these societies have existed. On the other hand, innovation of tradition presupposes one form of introducing new ideas, methods, and things following a single system of customs and beliefs that must be followed—in this context, a single way of doing research on which any innovation must be built.

Interpretive social science research privileges “intelligentability” of meaning-making of words and actions as well as the tools used dependent on the actor’s positionalities. Contextually, words, actions, and tools mean different things to different persons even to the self in time and space. Therefore, the concept of a single system of doing research on which any innovations must be based would be limiting.

The theological definition of tradition is a canon believed to have a divine origin and authority though not necessarily scriptural. Even following this definition, there would be many traditions since they reveal themselves differently in different contexts. When I think of traditions, John S. Mbiti (among the living dead), Hannah Kinoti, Wangarĩ Maathai, Obioma Naemeka, Jesse N.K. Mũgambi, Ngũgĩ wa Thiong’o, and Chinua Achebe are some of the people that come to mind. These towering African intellectuals are legendary for moving African Traditions—and all other Traditions that have been in the margins—to the center alongside the Western literary tradition. Then, all traditions will have equal consideration as basis of innovations. This act of challenging tradition to recognize and build many traditions needs to be nurtured and promoted for sustainable and equitable development.

In the context of interpretive social science research methodology, it is not just necessary but also indispensable for African scholars to look out for new ways of moving The River Between4Ngũgĩ wa Thiongʼo, The River Between (London: Heinemann, 1965). so that we engage in Reconstruction Theology5Jesse N. Mugambi, From Liberation to Reconstruction: African Christian Theology after the Cold War (Nairobi: East African Educational Publishers, 1995). and “Negofeminism”6Obioma Nnaemeka, “Nego‐feminism: Theorizing, Practicing, and Pruning Africa’s Way,” Signs: Journal of Women in Culture and Society 29, no. 2 (2003): 357–385. if we want a future in which all are Unbowed7Wangari Maathai, Unbowed: A Memoir (New York: Alfred A. Knopf, 2006). rather than a future where Things Fall Apart.8Chinua Achebe, Things Fall Apart (Toronto: Anchor Canada, 2009). Reading through the work of some of the Next Gen fellows, I am convinced that the next generation of scholars will achieve what has seemingly been elusive to the current generation: moving African traditions of innovations to the center of the literary world.

“Preservation of tradition in the context of gender and sexuality is not merely an affront on development but on life itself.”

As I learned at the IDC course and, more profoundly, in working with Next Gen fellows, tradition(s) offers the order, stability, and peace on which innovation(s) is built. Therefore, it would seem that the inability to move ideas in the periphery to the center in the name of tradition can be destabilizing and conflict laden. I would illustrate this with the works of my mentee Next Gen fellows under the 2021 workshop on “Gender, Sexuality, and Development,” which inspired me to write this piece: It is the attempt to preserve a singular tradition of definitions of masculinity and femininity that accounts for the continued prevalence of various forms of gender-based violence in Africa. Preservation of tradition in the context of gender and sexuality is not merely an affront on development but on life itself. Not surprisingly, the ongoing global Covid-19 public health crisis, with its high mortality, continues to reveal various aspects of the dominant trend of preserving tradition—including the tradition where violence, and particularly gender-based sexual violence, thrives in crisis.

Cary Paul, an expert in change management, challenges humans to apply pattern recognition and respond when necessary with pattern disruption. In the context of this piece, pattern recognition would refer to identification of common customs and norms and their common interpretation while pattern disruption would refer to consistent contestations, (re)negotiation, and reconstruction of customs and norms and their interpretations. I would therefore affirm the identification and recognition of patterns followed by reflection on the patterns with a view to questioning them where necessary in order to make informed decisions on whether to keep the patterns or to contest them. This would lead to pattern (re)construction, which would breed innovations. I would view pattern disruption as changes beyond our control, for example, the promotion of netnography by the ongoing Covid-19 crisis to conduct oral interviews using teleconferencing applications. But it would also refer to changes within our control.

For me, therefore, to mentor/facilitate is not only to anchor fellows and other early career students in traditional research methodology but also to prepare them for disruption. Much more importantly, it is to dare to contest, (re)negotiate, (de)construct, and (re)construct traditional colonial research methodology. For example, does the dominant view that systematic interpretive social science research requires a literature review of published (read written) works disadvantage oral literature traditions? Such questions have arisen and guide my interaction with Next Gen fellows.

Eunice K. Kamaara is a professor of religion in Moi University, Kenya, and a board member of the Next Generation Social Sciences in Africa (Next Gen) program. On the tenth anniversary of Next Gen, she shares random thoughts on the importance of tradition and innovation in interpretive social science research processes, partly drawing from her experience as a Next Gen advisory board member and a Next Gen doctoral fellows’ facilitator.