Student food insecurity has plagued Australian universities over the last decade and has only worsened with the Covid-19 pandemic. Through their SSRC-funded research, Jane Dyson, Craig Jeffrey, and Gyorgy Scrinis examine how the pandemic affected international students enrolled in universities in the Australian state of Victoria. International students, they explain, were particularly impacted by the pandemic due to their precarious work circumstances and being initially left out of state support initiatives.

The Covid-19 pandemic made food insecurity a major issue for many students around the world. Job losses due to Covid-19 meant that many students lost their regular income and were not allowed to access job-related financial support.

However, even before the recent pandemic, there was an increasing number of students reporting food insecurity, which is typically defined as a lack of access to nutritious food. During the 2010s, rising tuition and living costs combined with declining state support for students and the privatization of food provisions on campuses increased students’ food insecurity in places such as the United States,1Lisa Henry, “Understanding Food Insecurity among College Students: Experience, Motivation, and Local Solutions,” Annals of Anthropological Practice 41, no. 1 (2017): 6–19. Malaysia,2Izwan Syafiq Ramlee et al., “Food Insecurity among University Students at Two Selected Public Universities in Malaysia,” Malaysian Applied Biology 48, no. 1 (2019): 101–110. and Nigeria.3Patricia Ukegbu et al., “Food Insecurity and Associated Factors among University Students,” Food and Nutrition Bulletin 40, no. 2 (2019): 271–281.

Efforts to acknowledge and address students’ food insecurity in Australia are especially poorly developed. The high proportion of international students, the relative absence of cheap subsidized food on many Australian university campuses, and the low awareness of the issue until very recently, mean that addressing food is particularly difficult. Research conducted in the early 2010s in Queensland suggested that a quarter of students suffered from food insecurity.6Danielle Gallegos, Rebecca Ramsey, and Kai Wen Ong, “Food Insecurity: Is It an Issue among Tertiary Students?” Higher Education 67 (2014): 497–510. Other studies put the figure even higher. Yet, there have been few efforts by Australian universities to address the problem.

There is also very little qualitative social research on student food insecurity anywhere in the world. The majority of studies have used quantitative surveys and there are very few that delve into the issue of students’ responses to food insecurity.

Against this background, we have been working on a project funded by the Social Science Research Council and the Melbourne Social Equity Institute at the University of Melbourne to understand food insecurity among students in the Australian state of Victoria, focusing especially on international students.

The multiple hardships wrought by food insecurity were persistent themes of our interviews with students. Students reported difficulties acquiring nutritious food on campus and a few complained of outright hunger. More commonly, students spoke of the need to compromise on nutritious food in the context of a lack of money. Students typically had a budget of between AUD $30 and AUD $70 available for purchasing food per week (US$20 and US$55). They generally said that this was not enough to purchase a good range of food, and that they had to subsist on cheap food that was quick to prepare, especially ready-made pizzas, potatoes, rice, and frozen vegetables. When asked about their experience of university and food, one undergraduate student exclaimed, “God, I miss fruit!” Several students said that—even before Covid-19—they had experienced prolonged food insecurity and that this had led them to lose weight. Students also reported long-term hunger and daily hunger pangs.

The Covid-19 pandemic exacerbated these problems. During the Covid-19 lockdown in Melbourne from March–October 2020, many students lost their temporary jobs, often in hospitality or retail settings that were closed. Domestic students were able to obtain compensatory payments from the government that went some way to making up their losses. However, international students reported being far worse off during the Covid-19 pandemic than in the previous year. At that time, there were many news stories in Australia that highlighted the struggles of international students. Partly as a result of this publicity, the government, universities, and independent organizations provided a variety of forms of emergency food relief for students.

Food insecurity is a problem that has multiple knock-on effects. Many students said that food insecurity left them feeling sluggish and detached from their studies. For example, they spoke of having muesli bar “sugar hits” before lectures but then finding their attention drifting during class. Students also said that a lack of nutritious food had affected their mental and physical health. Many reported how a prolonged experience of food insecurity had led them to feel anxious or depressed, others referred to physical health issues flowing from food insecurity, including thyroid problems, lethargy, and unexpected weight gain. Students who were suffering from ongoing health conditions said that food insecurity had complicated their conditions, including a student who was diabetic, one who had polycystic ovarian syndrome, and one who suffered from Celiac disease.

The issues of shame and how to balance food insecurity with the need to maintain friendships were especially important themes. One student said that when eating out with friends, they would bring along their own food from home in a plastic container because they could not afford the meal, but they would tell their friends it was because they are “on a diet.” Similar statements were common across interviews.

What was also remarkable about our research was how students hustled across different spheres of their everyday lives in the context of food insecurity, inventively balancing food, work, transport, housing, relationships, health, and other spheres. For example, students frequently discussed arranging tutorials on campus to coincide with the timing of “sausage sizzles” (free barbeques). Other students referred to moving judiciously through supermarkets, scanning opportunities to purchase seasonal or discounted items that were healthy and inexpensive. Several students recounted acquiring a sophisticated understanding of the particular times at which a local burger store placed adverts for discounted food via its app.

Many students referred to how the media attention that food insecurity had attracted during Covid-19 had contributed to destigmatizing student food insecurity, creating possibilities for working with others. One student explained:

If you can draw out a positive from the Covid situation, it’s that food insecurity is becoming more publicly visible and less hidden. Students are now talking openly with their friends about struggles to afford things, whereas before nobody really spoke about it and you kind of hide that away.

Reflecting this new openness, students said that everyday collective efforts to manage food insecurity had become possible during Covid-19. For example, a set of six students used one student’s membership card for a discount food retailer to make bulk purchases on behalf of the group. In another initiative, students in a shared kitchen left one rack of the fridge as a repository for leftover food that students might have purchased or made that was freely available to those in need. Commenting on these examples, one of the student coresearchers on our project said, “This type of thing is happening a lot more during Covid-19.”

In the specific context of the Covid-19 pandemic, Melbourne students were “thinking out” beyond their immediate need for inexpensive food to reflect on how food insecurity could be the starting point for thinking about wider society. This process of “thinking out”—analogous to Mills’ notion of developing a “sociological imagination”7 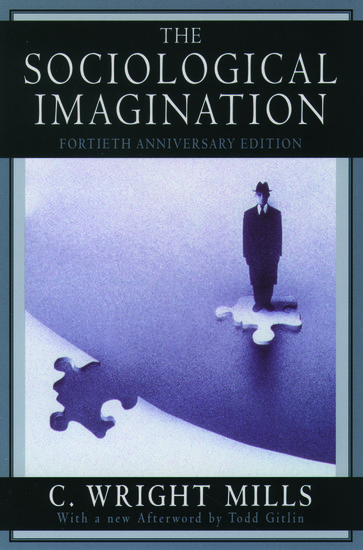 First, several students discussed a need to address long-standing problems of social inequality on campuses in Australian universities. Students understood their lack of access to nutritional food in relation to the capacity of wealthier students not only to acquire food, but to eat very well and often at expensive retail outlets on campus.

“Daily practices of food waste were a particularly common theme.”

A third area in which students often “thought out” from their food insecurity was in relation to the environment. Food insecure students discussed the problem of large amounts of food packaging and said that food sourced at campus should be local and sustainably grown. Daily practices of food waste were a particularly common theme. Many students said that they wanted to see the development of new schemes within the university and more widely wherein private food outlets would be compelled to distribute leftover food cheaply or free of charge.

There may nevertheless be limits to students’ agency and critique. Although students had exciting ideas across the three areas of inequality, health, and sustainability, they tended to articulate these within the neoliberal (market-centric) language that has come to govern how food is distributed on university campuses in Australia. For example, students made statement such as, “obviously there needs to be private providers on campus and they need to make a profit.” On the whole, most students did not question the overall logic of privatizing food provision on university premises.

We are now working with Victorian universities to think about how they might develop new policies around student food insecurity. We are drawing on students’ own ideas for change as well as examples of how student food insecurity is being addressed in other settings. We are particularly interested in the possibility of developing inexpensive university-run canteens or cafeterias that build on students’ interests in inequality, health, and positive environmental change. International students are especially interested in such a change, since they are often familiar with canteen-style arrangements in universities in their home countries. This could be a major plank in the efforts of Australian universities to improve conditions for international students in their institutions.

Jane Dyson teaches on issues related to global inequalities and young people in the School of Geography at the University of Melbourne. She conducts long-term ethnographic research in the Indian Himalayas examining gender, work, youth politics, and social transformation from the perspective of social geography, cultural anthropology and development studies. Dyson's research is presented in her book, Working Childhoods (Cambridge University Press, 2014), journal articles, and in her award-winning films, Spirit and Lifelines. In Australia, she examines inequalities among young people, particularly in the context of food insecurity on university campus.

Craig Jeffrey teaches on India, youth and social change at the University of Melbourne. He has been conducting social research in India for over 25 years and is author of several books on youth in India, youth more generally, and economic and social change in India. His books include Timepass: Youth, Class and the Politics of Waiting (Stanford University Press, 2010) and Degrees without Freedom: Education, Masculinities and Unemployment in North India (with Patricia Jeffery and Roger Jeffery; Stanford University Press, 2017). Jeffrey is also former director of the Australia India Institute, where he started a major postdoctoral program focused... Read more

Gyorgy Scrinis is associate professor of food politics and policy in the School of Agriculture and Food at the University of Melbourne. His research has examined the politics, policy, and philosophy of food and nutrition, with a focus on nutrition science, dietary advice, functional foods, food labelling, animal welfare regulations, the role of transnational corporations, alternative proteins, and new technologies of production. His book Nutritionism The Science and Politics of Dietary Advice (Columbia University Press, 2013) develops a critique of nutritional reductionism in nutrition science, dietary advice, and food engineering and marketing practices.

Coronized Lives in Response to Covid-19: Hopeful Lockdown or Haplessness?

“The Big Clean Up”: The 2020 Pandemic as a Representational Crisis

Covid-19 in a Border Nation

A Sociological Note on George Floyd’s Death and the Pandemic