“This place has to start working again…I’m sick and tired of going home and explaining why we’re not passing anything,” Senator Chris Murphy (D-CT) said in 2014 about the stonewalled 113th Congress. Over the past decade, the US Congress has found itself mired in dysfunction. The legislative branch has had difficulty reaching agreement on a host of issues, from high-profile government debt and funding bills to relatively low-profile programs and agencies like the Import-Export Bank and the Highway Trust Fund, and even formerly-bipartisan legislation like the Violence Against Women Act and the “Farm Bill.”

“While congressional conflict is most visible when the institution is debating a bill or nomination, the roots of this instability may lie earlier in the legislative process.”

While congressional conflict is most visible when the institution is debating a bill or nomination, the roots of this instability may lie earlier in the legislative process. By the time the House and Senate debate legislation, two of the institution’s most important decisions—whether to make policy, and how—already have been made. Congress’s committee system is responsible for deciding whether to legislate, conduct oversight, or do nothing either in support of the majority party’s agenda or in keeping with their general institutional duties.

To better understand the process of—and breakdowns in—reaching agreement in Congress, I have been researching agreement and dissent at the committee stage. When and why do legislators disagree over which legislation to consider? Why do we see some committees exhibit more disagreement than others? And, to what extent is disagreement associated with organizational and institutional factors rather than individual policy preferences or party affiliation?

Before bills can be debated and voted on in each chamber, they are first referred to committees. Committees act as Congress’s division of labor that helps break down the number of decisions that must be made into smaller components and filters the decisions that require higher levels of attention. Committee (and subcommittee) service allows members to specialize in a few policy areas to the benefit of their colleagues and the institution; over time, committee members develop relevant expertise on the different policy problems under their jurisdiction as well as potential legislative solutions for those problems.

As congressional agenda setters, committees also act as gatekeepers: they decide which issues will receive attention and which legislation will advance from the introduction stage through to their respective chambers’ legislative calendars. When a committee decides to take up a bill, they hold a “markup” wherein committee members can offer amendments, and the committee votes on whether to send the bill to the floor.

“Minority views typically represent the views of the committee’s minority party faction, but members of either party may attach additional or dissenting views to a report.”

When a committee approves legislation for floor consideration, it issues a report that includes information about what the bill would do, why the committee feels the bill is needed, and a record of the committee’s work on the bill. While authored primarily by the committee’s chair and staff, reports are meant to represent the views of the entire committee. Any committee member who wishes may attach their own “views” to a committee report. Committee report views fall under four categories: “additional,” “supplemental,” “dissenting,” and “minority.”1House and Senate chamber rules do not distinguish between types of views. Correspondence with the House and Senate Parliamentarian offices indicate that the listing of different types of views in chamber rules codified existing practice. The different types of views emerged and developed over time, then were added to chamber rules. Establishing substantive differences between the different types of views will be part of my larger research endeavor. Minority views typically represent the views of the committee’s minority party faction, but members of either party may attach additional or dissenting views to a report. (Senate committee reports carry only additional, supplemental, or minority views, and not dissenting views.) Such views represent disagreement about legislation that arises at the agenda-setting stage when Congress is deciding what issues to pursue and how to do so.

The Library of Congress website tracks committee reports issued since the 104th Congress (1995–1996). My research project involves collecting data on more than 13,000 reports issued through 2018. I initially collected data on the policy topics for each bill reported out of committee; whether a committee report included “views” and if so, what type; which committee members signed their name to the attached views; and whether those members belong to the majority party or are the ranking member (most senior minority party member).

My research is still in progress, but I have two main findings so far. First, that the overall incidence of disagreement on committee reports has not changed much since the mid-1990s. About 28 percent of legislative reports and 19 percent of nonlegislative reports issued in 1997–1998 contained some kind of member views, compared to 24 and 18 percent, respectively, in 2017–2018.

Second, that disagreement in committee reports has become much more partisan. Additional views were the most common form of disagreement in the 1990s and 2000s but have been supplanted in recent years by increases in both dissenting and minority views. Majority-party committee members have become less likely to attach views to committee reports while views from the committee’s ranking member (most senior minority-party member) and minority party faction have become more common. A member of the majority party signed at least one attached view for about 26 percent of the reports that contained views in 1995–1996, a figure that dwindled to about 4 percent in 2015–2016. Conversely, while a committee’s ranking member has always been a common source of attached views, they have become increasingly so in recent congresses. The ranking member signed at least one attached view for between 65 and 75 percent of reports with attached views through the 1990s and 2000s, which increased to 86 percent in the 112th Congress and close to 91 percent of reports with attached views in 2015–2016.

In addition to these findings, there is also significant variation in committee report views by policy area. Committee reports on labor, education, civil rights and liberties, trade, immigration, social welfare, and law and crime issues have experienced a higher-than-average incidence of views, while reports on public lands and water, transportation, science and technology, energy, and health issues are much less likely to have views attached.

Understanding the politics of committee reports

“We likely need individual-, committee-, institution-, and issue-level explanations to help understand variation across committees and across time.”

Explaining disagreement at the congressional committee stage involves understanding why that disagreement occurs in the first place and why it has become more partisan. We likely need individual-, committee-, institution-, and issue-level explanations to help understand variation across committees and across time. For example, I find that more than two-thirds of House Appropriations Committee reports issued since 1995 have had at least one view attached, but the Senate Appropriations Committee has issued just two reports with an attached view over that same period. These two panels have identical jurisdictions and institutional responsibilities, so issue content alone cannot explain the difference in levels of disagreement. Thinking about committees as organizations with their own internal dynamics, including members’ goals for serving on different panels, membership turnover, and the norms and routines in committee decision-making that develop over time, likely plays a role in how different committees manage conflict and either foster or suppress report views, even on the same issues. 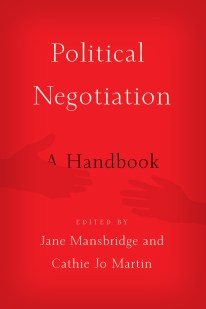 Washington, DC: Brookings Institution Press, 2015More Info → The data I have collected originated during a time period of mostly Republican congressional majorities. While Congress has experienced many other changes during this era, one notable factor is the term limits imposed by the Republican conference on its committee leaders; after a member has served three terms (six years) as chair or ranking member, they make way for a different Republican committee member. The idea is to prevent committee leaders from becoming too closely tied to the federal agencies they oversee. But turnover also hinders experience, learning, and the repeated interactions that are important for reaching agreement on policy. Committee turnover also comes from voters; large seat swings and changes in the majority party have become more common in recent years, which fosters a more turbulent policymaking process and presents additional challenges for reaching agreement as the minority party believes it can wait and gain the majority for itself.3 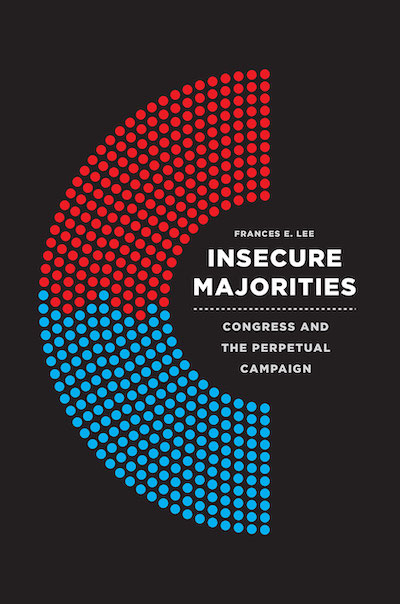 The increasingly partisan nature of committee report views also raises a question of which direction partisanship flows. Party leaders (particularly in the House) have tightened their control over the information members have when they vote on bills and restricted opportunities to offer amendments.4 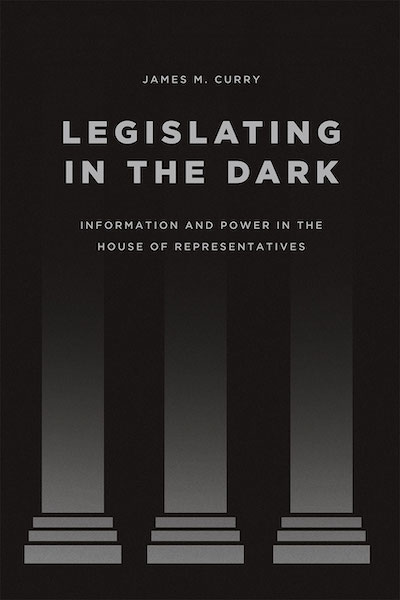 Chicago: University of Chicago Press, 2015More Info → Have party leaders’ strategies changed as disagreement in committee has become more common? Or have committee reports become a new outlet for members to state their views on legislation when they cannot do so during floor debate? Answering these and other questions about disagreement in committee reports can help us understand where and why agreement in Congress has become harder and thus better understand what we can expect of the legislative branch as a representative policymaking institution.

Next article Queer Perspectives on Digital Research: A Conversation with Mary Gray

The Philippine Supreme Court under Duterte: Reshaped, Unwilling to Annul, and Unable to Restrain