Complicating the social theory that presumes increased urbanization means greater political progress and inclusion, Simeon J. Newman’s analysis of working-class political participation in twentieth-century Mexico City unveils how rapid urban concentration can lead to political clientelism. While many rural migrants to the city brought revolutionary ideals, these were stymied by their increased dependency on local leaders to mediate between poor urban dwellers and elected officials and government bureaucrats for services and land security.

Social theory typically conceives of urban growth as associated with political freedom. Twentieth-century Latin America complicates this narrative. Not only did Latin American peasants manifest greater commitment to fundamental political change, the region also urbanized rapidly, transitioning from majority-rural to majority-urban, largely on the basis of rural-to-urban migration. But not even in the most likely of cases did the city make “urban peasants” free. Focusing on Mexico City, I argue that because rural-to-urban migrants became urban denizens by establishing squatter settlements, they entered into dependent relations with political elites, which reinforced a system of political dependency, or clientelist politics. This system, borne of urban population growth, helped concentrate power in the hands of the governing elite during the middle decades of the twentieth century. However, urban growth continued until it reached a tipping point, after which it served to undermine dependent relations by century’s end.

Political progress in the urban vs. rural spheres 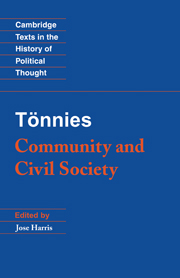 1887; repr. Cambridge and New York: Cambridge University Press, 2001More Info → while contemporary social theory registers it with Jürgen Habermas’s meditations on the importance of coffee houses, salons, and Tischgesellschaften—all of which were concentrated in urban settings—for the rise of rational-critical political deliberation and democratic liberties writ large.3 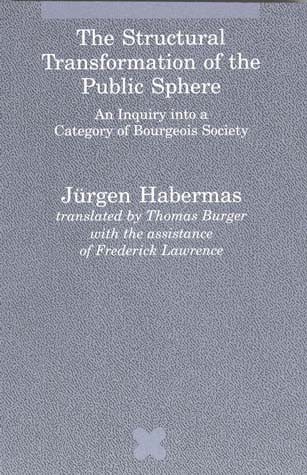 Other groups and classes did not exactly lack for politically progressive ambitions. The labor movement, concentrated at the time in Mexico City, had a rich tradition extending back to the nineteenth century, and it had ambitious goals even by twentieth-century standards. The middle class often also wanted progressive reforms. Moreover, unlike peasants, these groups were especially strong in Mexico City—the national seat of government and of industry, a leader in culture and one of the foremost intellectually vibrant places in the world during the middle decades of the twentieth century—and events there had consequences for the entire country.7I follow Diane E. Davis in arguing that the politics of Mexico City had nationwide implications. See Urban Leviathan: Mexico City in the Twentieth Century (Philadelphia: Temple University Press, 1994), 10. Nevertheless, in the postrevolutionary context, peasants were powerful enough to force the new governing elite to correct course in policymaking in ways that no other group could.8→Garrido, El Partido de la Revolución Institucionalizada, 193.
→Paul Gillingham and Benjamin T. Smith, “Introduction: The Paradoxes of Revolution,” in Dictablanda: Politics, Work, and Culture in Mexico, 1938–1968, eds. Paul Gillingham and Benjamin T. Smith (Durham, NC: Duke University Press, 2014), 18.

The urban poor began to form squatter settlements in the 1930s, as the agrarian reform was reshaping property relations in the countryside. Many rural-to-urban migrants brought revolutionary sensibilities with them to the city. Some decried urban latifundistas (landed oligarchs)—whom they had fought during the Revolution and whom the agrarian reform had continued to discredit and undermine. Others demanded a right to urban land because, they reasoned, they had served in the Revolution and the Revolution was about access to land.

“They had to rely on the good graces of political officials to continue to reside in the settlements they established and to equip their new neighborhoods with urban services.”

At first sight, the progressiveness of their demands may be taken as evidence that in Latin America, as in Europe, the urban setting facilitated denizens’ transcendence of parochial and particularistic concerns in favor of the universal goal of political freedom and democracy. But this radical potential was curtailed because the new urban poor were in a precarious position in the city, leading them to enter into dependent relations with political elites who naturally sought to take advantage of the situation. As squatters, the new urban poor often occupied undeveloped or poorly-equipped land that they did not legally own. They had to rely on the good graces of political officials to continue to reside in the settlements they established and to equip their new neighborhoods with urban services. This allowed Mexican political officials to harness the urban poor’s support, which they did systematically starting during Manuel Ávila Camacho’s presidency (1940–1946).

The urban poor’s dependency stemmed from what I call “urban concentration.” This is a form of urban population growth that involves poor people moving from the countryside to the city, where, having few alternatives, they then establish squatter settlements. When a large and growing portion of rural-to-urban migrants live in squatter settlements, and therefore have little recourse to legal protection in residential matters, they almost inevitably grow dependent on political elites—in an arrangement known as “clientelism.” Urban concentration gives rise to clientelism.

In Mexico City, revolutionary consciousness—borne of peasant radicalism—and political dependency—borne of urban clientelism—led the urban poor to develop a curious political outlook in the 1940s. They simultaneously asked that they be granted large expanses of land to establish urban communes, much like the ejidos (common landholdings) set up in the countryside during the agrarian reform, but also requested that their land not be expropriated and turned into a feudo (fief). In a word, they articulated a desire for the social revolution they saw in the countryside while fearing the growing constraints of clientelism about which they were becoming increasingly aware.

“As part of its effort to consolidate control, political officials took advantage of the new urban poor’s dependency.”

Local leaders were forced to approach officials as supplicants on behalf of residents. The Federal District government was tasked with furnishing squatter settlements with urban services; but residents themselves had to defray the estimated cost of the services. The exact amount they had to pay was negotiated between neighborhood association leaders and state officials, negotiations that could take years. Naturally, local leaders sought to demonstrate their good will in the hope that this would lead to a deal favorable to them. Given these constraints, members of the new urban poor, as represented by a layer of neighborhood association leaders who mediated relations with state officials, grew eager to demonstrate their loyalty to those above them in the sociopolitical hierarchy, not to develop and express their political views freely.

One might have expected that Mexico City would have been an epicenter of political progress: a radicalized peasantry, the principal political protagonist in twentieth-century Latin America, moved to the city, an environment thought to incubate universal values and promote political freedom. That this failed to happen shows the potency of clientelism. Indeed, the clientelist configuration that arose from urban concentration helped the dominant party, the Institutional Revolutionary Party (PRI), consolidate its political grip on Mexico City and retain power nationally, ultimately ruling uninterruptedly at all levels of government for several decades. The urban poor may have secured a right to settle in the city, but not the political right to determine their own future. Instead, urban concentration furthered the concentration of power.

As squatter settlements continued to grow, the arrival of new residents spawned conflict between them and existing residents. The latter opposed the arrival of new residents out of fear that this would jeopardize their prospects of securing preferential treatment from political officials, which they logically thought was necessary in order to benefit from the installation of basic urban services. These conflicts between squatter generations, in turn, drove new squatters into neighborhood association leaders’ arms for protection. Thus, between-generation conflict borne of urban concentration gave local leaders a base of support that they were able to use as they saw fit—including, for the first time, in ways that contravened PRI control.

Consequently, neighborhood association leaders often refused to channel support behind the party, as they had before. Thus, whereas urban growth had furthered PRI control in the early- and mid-twentieth century, as the decades wore on, it empowered local leaders to refuse to channel support behind the party, contributing to its decline and eventual fall.

“Since urban concentration during the early- and mid-twentieth century made the urban poor clients, it prevented them from playing a progressive role.”

Since urban concentration during the early- and mid-twentieth century made the urban poor clients, it prevented them from playing a progressive role. This left them ill-prepared to step onto the stage of history with the erosion of support for the PRI. The center-left Party for the Democratic Revolution—which probably defeated the PRI in the 1988 presidential election9The PRI resorted to massive voter fraud during the 1988 election. While it will never be known if it would have won the election in the absence of this exceptional degree of fraud, its extent and timing suggest that fraud was necessary to perpetuate the PRI in power through that election.—had considerable urban support,10Paul Lawrence Haber, Power from Experience: Urban Popular Movements in Late Twentieth-Century Mexico (University Park, PA: Pennsylvania State University Press, 2006), 81. though the urban poor hardly played an active role in the party.11Kathleen Bruhn, Taking on Goliath: The Emergence of a New Left Party and the Struggle for Democracy in Mexico (University Park, PA: Pennsylvania State University Press, 1997), 71–135. And the ultimate beneficiary of the PRI’s demise was the right-wing National Action Party, which took the presidency and a string of governorships in 2000.

The twentieth-century history of Mexico City challenges the idea that “the urban” is a vector of political progress. Urbanization there was instead associated with the consolidation of a political clique’s grip on power that was strong enough to endure for several decades. It was also associated with the replacement of that order by another that, while new, offered little to average residents by way of control over their own destiny. Mexico City’s urban air was not freeing—it was, if anything, suffocating.

Simeon J. Newman is a PhD candidate in Sociology at the University of Michigan. He is a political sociologist with keen interests in political economy and social theory. His work focuses on politics and urban growth, civil society and the state, and methods and knowledge. Newman is also a 2016 International Dissertation Research Fellowship recipient.