Protests have been a constant during the Covid-19 pandemic and Brazil is no exception. Here, Rafael de Souza examines the…

The Body Snatchers: Colonial Museum Collecting as Violence and Violation

In this essay for “Where Heritage Meets Violence,” Annalisa Bolin examines the physical and structural violence that has enabled the… 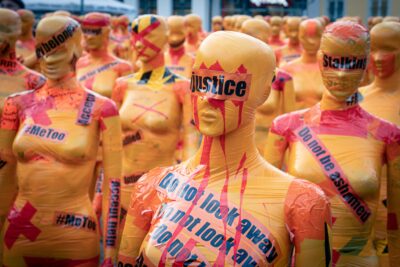 Working with Survivors of Domestic and Sexual Violence during the Pandemic 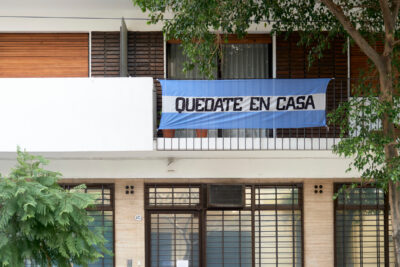 For years, even before the Covid-19 pandemic, Venezuelans have been leaving their country due to rising economic insecurity and political conflict. Now, due to the… 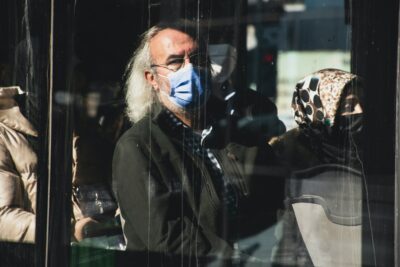 by Başak Can, Zeynel Gül and Arda Yalçın

Among those deeply impacted by the Covid-19 pandemic were people suffering from chronic illnesses, like silicosis, a respiratory disease. In this essay, Başak Can, Zeynel… 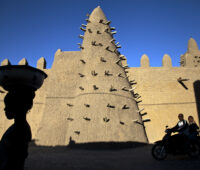 The reconstruction of cultural heritage after conflict often focuses on rebuilding structures and repairing material. Dacia Viejo Rose, however, contends that a more appropriate postconflict response is reparations. She suggests that heritage is not collections of static objects but rather an evolving process of meaning-making within society. Considering the full range of heritage’s social entanglements, then, she argues that new modalities of repair are required after heritage destruction: from processes of justice to restitutions to the revitalization of cultural life. 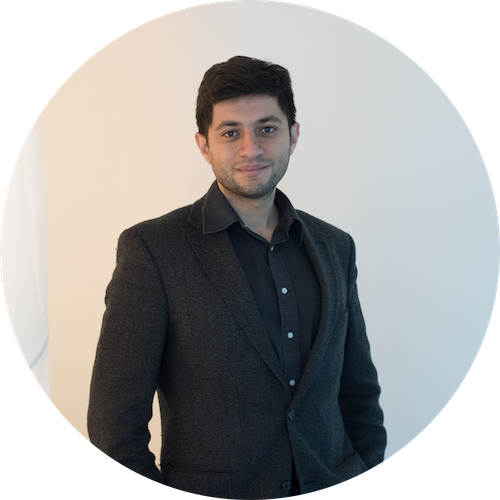 Resisting Memoricide: On the Destruction and Reconstruction of Memory 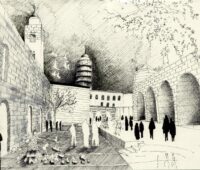 Ammar Azzouz’s essay for “Where Heritage Meets Violence” traces ways of resisting memoricide: the killing of memory. Azzouz examines how memoricide has affected Syrians throughout the last decade of war and displacement, including through their exclusion from telling their own stories. But he also shows how Syrians have sought to restore their past, celebrate culture, and counter destruction by using memory as hope. 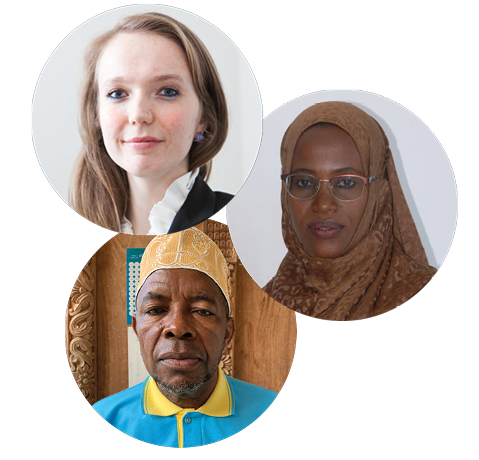 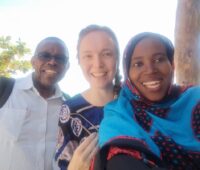 Research collaborations bring together scholars with distinct positionalities, which at once enriches the research process and presents an array of power and social dynamics for team members to navigate. In this essay, Caitlyn Bolton, Mary Khatib, and Issa Ziddy provide an autoethnographic account of their joint field research in Zanzibar, reflecting on the idea of the “we” in knowledge production. The essay draws attention to previous challenges faced by team members in the Global South, the importance of time to developing solid connections between researchers, and the value of friendship as a methodology. 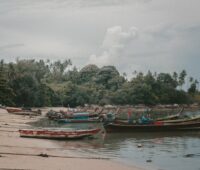 Invoking the concept of the "postnormal," Aarthi Sridhar, Annu Jalais, Rapti Siriwardane-de Zoysa, and Sridhar Anantha reflect on how collaborative research can help overcome the pandemic’s limitations. Centering democracy and equity, their Southern Collective developed a range of research projects to collect emerging cultural information about life in the Indian Ocean littoral. As they demonstrate, the building of “networks of solidarity” was central to accomplishing this work and may prove critical to successful research in a postnormal world. 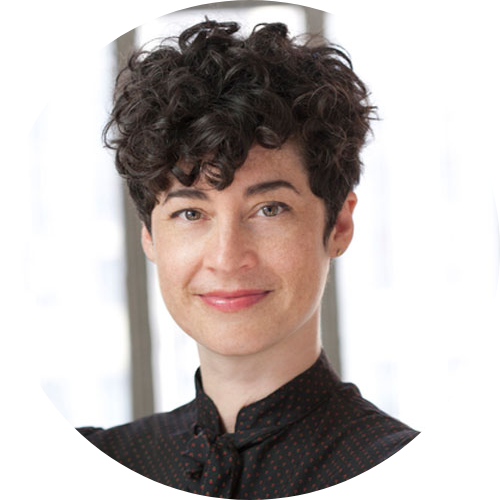 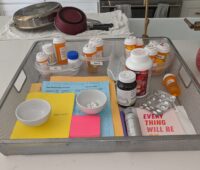 The Covid-19 pandemic has especially disrupted the lives of people living with chronic illnesses and disabilities and those who care for them. Here, Laura Mauldin examines how the spouses of people living with chronic illnesses and disabilities navigated the care of their loved ones during the pandemic. Through ethnographic research, Mauldin explains how these caregiving spouses took on the brunt of care for their loved ones due to lockdown restrictions and fears of bringing the virus into their homes. The experiences of these patients and their caretakers, Mauldin argues, have been made invisible by both the pandemic and existing policies that do not value caregivers. 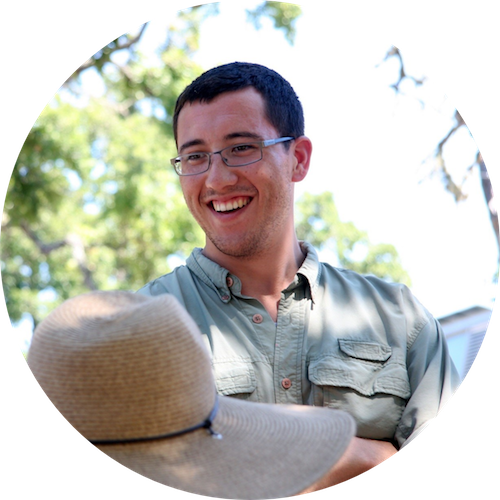 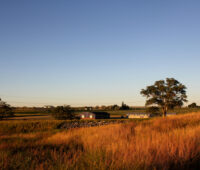 Legacies of violence can manifest not only through overt conflict, but also through erasure and marginalization. Koji Lau-Ozawa’s essay on the United States’ WWII-era incarceration camps considers how their placement in isolated locations sought to remove citizens of Japanese descent from American life. This very marginality also exposes the camps, as sites of heritage today, to new kinds of erasure and conflict in the form of infrastructure development that seeks to make these remote landscapes profitable. 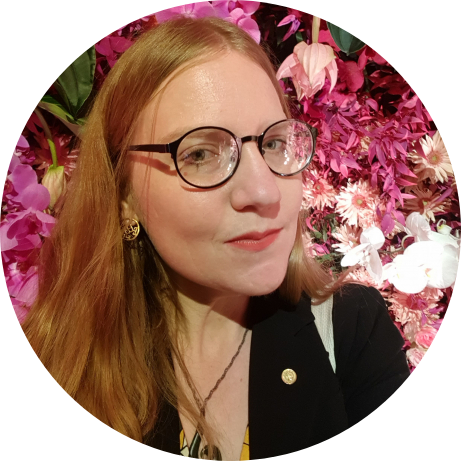 Violence as a Value Enhancer in the Art Market 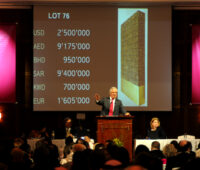 For “Where Heritage Meets Violence,” Donna Yates turns to the art market. The sale of heritage from the Pacific is entangled with colonial narratives that sensationalize cultures of the region—especially through narratives of cannibalism and violence. As Yates shows, stories of conflict, from “native savagery” to heroizing tales of “white men in boats” (whose destruction of Indigenous cultures directly leads to the rarity of the marketed items), actually increase the value of artifacts in a market that is still deeply colonial. 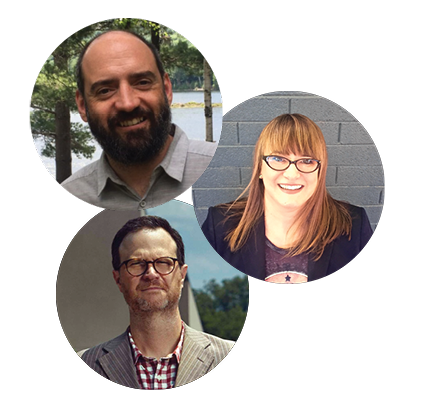 Accounting for Care in Times of Crisis 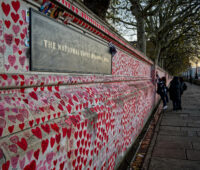 In a pandemic, what counts as and how we count impact is fundamentally social and political. In their essay for our “Covid-19 and the Social Sciences” series, Robert Soden, Jacqueline Wernimont, and Scott Gabriel Knowles suggest that we must more accurately account for a broad range of ways in which the labor of caring is happening in response to the pandemic, from care of acutely ill patients to the work of mutual aid collaborators seeking to address social inequalities magnified by the pandemic. The authors call for multimethod research that allows for qualitative insight to give depth to quantitative data, in order to ensure that new policies address the underlying problems that may be obscured by numerical research alone. 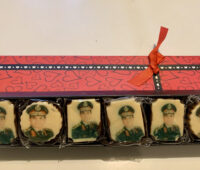 Ten years after the overthrow of authoritarian president Hosni Mubarak, Egypt faces economic downturn and continuing support for General Abd al-Fattah al-Sisi’s authoritarian regime. In this essay, Jessica Winegar explores how “the alluring aesthetics of authoritarian populism'' contributed to a departure from the revolution’s demands. Drawing upon her research in Egypt, she examines why Egyptians, exhausted by the upheaval of the uprisings, called for stability (istiqrar). Winegar argues that Sisi’s authoritarian rule based on “masculine, military, and middle-class aesthetics” cultivated his image as a strongman and savior, enticing everyday citizens yearning for dignity, respect, and stability. 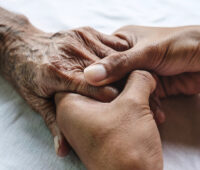 In this essay, Patricia Van Katwyk and Veen Wong examine the impact of the Covid-19 pandemic on personal support workers in Ontario, Canada. The authors share findings from their SSRC-supported research, which leveraged photovoice—a form of community-based storytelling using images—to facilitate the sharing of experiences characterized by precarity and grief.