Scholars from diverse disciplines and foci explore the multiplicity and sociality of water in different contexts.
September 29, 2020
Category

Many predict that conflict over water will define the twenty-first century as human populations climb, consumption increases, economic insecurity mounts, and climate change destabilizes existing patterns of water supply and demand. Often, the projects and organizations seeking to mitigate these impending conflicts operate as if there were only one right way to experience, imagine, use, and share water—to “do water,” one might say. When water is framed as a limited resource, its singular nature increasingly appears self-evident and universal, and it becomes easy to believe that all water is “one water”: a chemical compound (H2O) whose properties are the same no matter where it is found or what transformations it has undergone along its path. By conceptualizing water as one, these approaches seek to enable stakeholder consensus on how water should be managed as it moves from body to body through shared environments.

The members of the Ways of Water research collective agree that the world faces a water crisis with multiple origins, impending consequences, and uncertain solutions. In this context, conflict mitigation depends on bringing together people with different needs, values, experiences, and resources. However, we are skeptical of the idea that conceptualizing water as a singular, universal substance helps build consensus. Rather, we understand water as localized, situated, and embodied, where effective cooperation is a matter of braiding rather than of confluence. From this viewpoint, water is constantly slipping away from efforts at reduction.

Rather than seeking to bring all stakeholders to a shared understanding of water’s significance, the Ways of Water research collective is developing tools and methods to recognize, preserve, and even enrich the diversity of human entanglements with waters—as substances, symbols, and vital components of our environments. Doing so humanizes the often-technocratic structures inclined to reduce water to a singular, universal good for humanity as a whole, while inviting corporations, governments, and municipalities to recognize and respond to ways of valuing, understanding, and using water that they might otherwise ignore.

The essays in this series represent a sample of work from the collective. Since 2017, with the support of the SSRC’s Scholarly Borderlands initiative, our collective of scholars and practitioners has been exploring an approach to research and teaching that centers waters in specific places and relationships rather than assuming that water circulates unchanged throughout the hydrosocial cycle. This approach celebrates differences in methods and concepts rather than trying to standardize them.

In articulating our position on the multiplicity of water, we have drawn on multiple sources. Some of these are scholarly in the traditional sense; others are experiments in scholarly collaboration in the interdisciplinary borderlands, and include efforts to articulate best practices for such research; while others integrate artistic interventions and critique as well as movements of resistance and solidarity. Doing this invites diverse practices of knowing water to walk as equals alongside the still-dominant modes of calculation and management. We ask what modes of invitation and hospitality are necessary for enabling conversations about how to “do” water across difference. Such conversations, we believe, are critical to crafting just, sustainable, and diverse relationships to water(s).

We recognize that this framing sets inherent limits on our ability to draw universal conclusions, even as to method and approach. Water brings people together—but sometimes it is necessary to accept that one hasn’t been invited to the watering hole. Consequently, we accept that some questions about water and its doing must remain locally situated until further notice.

In light of these aims and limitations, the Ways of Water collective has identified several core methodological considerations as essential for encountering other people’s bodies of water: the importance of embodiment in place, intellectual modesty, and attention to power inequalities. These are principles that link our work across disciplines, practices, and political commitments. Centering these considerations bridges our significantly different textual, visual, and performative modes of investigation and action to enable collaborative creation and education. This approach is reflected in the essays in this collection, which may be seen as experiments in examining our own and others’ bodies of water in ways that are embodied, situated, modest, attentive to power and injustice, and open to water’s inherent multiplicity.

This series has been curated by Christy Spackman, assistant professor in the School for the Future of Innovation in Society and the School of Arts, Media and Engineering, Arizona State University; and Etienne Benson, associate professor in the History and Sociology of Science Department, University of Pennsylvania. 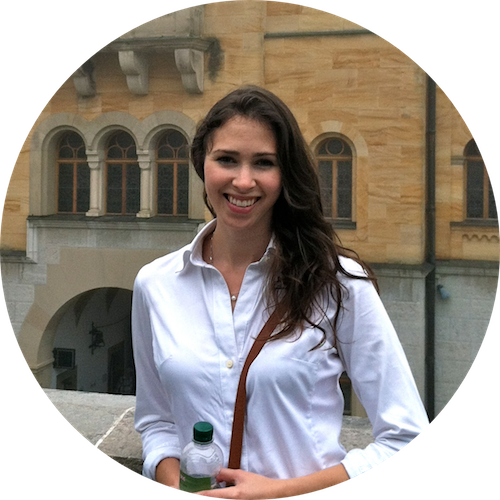 An Ode to Ooze 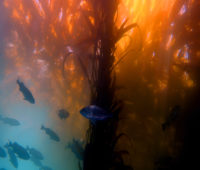 In her contribution to the “Ways of Water” series, marine environmental historian Hayley Brazier invites readers to explore ocean “ooze,” the complex and mysterious content of layers of the ocean floor. Delving into the history of ooze-related discourse, she draws together the interests of a wide range of audiences in the question of the murky depths, from science fiction writers to telegraph cable engineers. In bringing the substance of the ocean floor more to light, Brazier encourages us to reflect on how we define unknown or less visible spaces on the planet as alien, and what might be the stakes of that process. 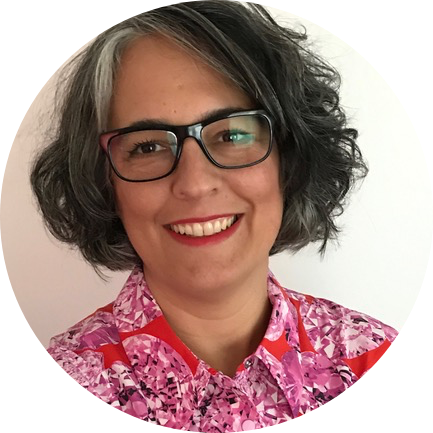 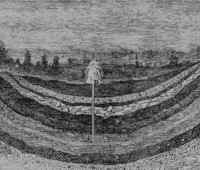 Exploring the relationship between water and stone in underground aquifers, in this installment of the “Ways of Water” series, Andrea Ballestero shows how binary models used in water management fail to account for the more fluid realities of natural resources. Using this example, Ballestero questions the distinction often made by systems that extract these resources between that which is “lively” and that which is “inert”—where substances that lie beneath the earth are viewed as sitting there, quietly waiting for governments and corporations to extract them and put them to use, frequently for profit. She proposes that techno-legal devices, such as models used to support resources extraction, can also inspire new questions, and ultimately, a new, and more liberatory, politics of water. 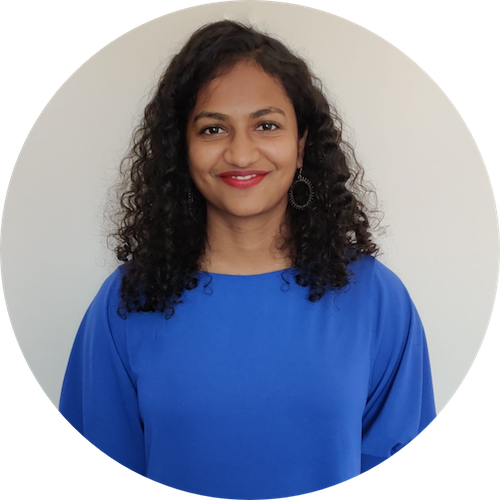 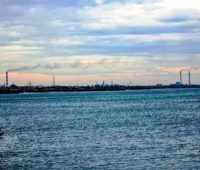 Writing for the “Ways of Water” series, Oviya Govindan reflects on the conflicts that fishers face when their fishing waters become increasingly polluted. Ethnographically attempting to “follow the fish,” Govindan finds that narratives about fish are intrinsically narratives about water, toxicity, and the moral and political economies of both together. As industrial pollution affects fishing waters in Ennore, some fisher-activists try to raise public awareness, hoping to provoke a reduction in contaminating policies. While these forms of resistance are familiar in several industrial contexts, Govindan calls attention to quieter forms of politics. This piece tells the stories of fishers living with industrial waters who are reluctant to draw attention to the pollution and suggest that these are rumors, and that the consumption of their fish poses no risks. Thinking with these conflicts, Govindan calls for a politics of water that attends not only to familiar modes of resistance, but also to the uneven, reluctant forms of actions that stake out ethical living in an already polluted world. 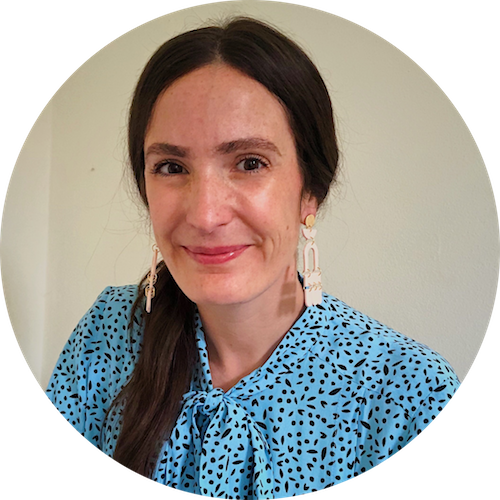 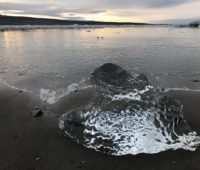 Alexis Rider’s contribution to the “Ways of Water” series argues for the utility of imaging ice as a rock, and not just frozen water. From glaciers to icebergs to the way layers of ice sheets have shaped landscapes (including New York City), the study of ice—as both a force and as a preserver of the past—opens temporal windows on long-term changes in both geology and society. Rider takes us from early expeditions of Antarctica to the present, in which “rocky ice” is “an interlocutor for the climate crisis.” 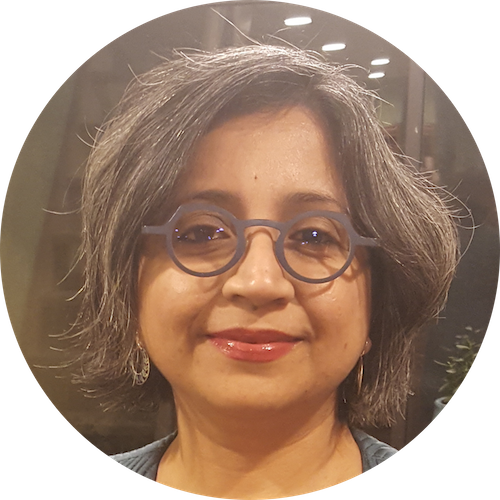 Almanac of A Tide Country 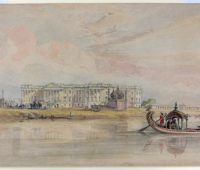 In this contribution to the “Ways of Water” series, Debjani Bhattacharyya examines how the tides of the Hooghly River in Kolkata have been visually represented historically. In doing so, she makes a larger point about how cartographic images of the intermingling of rivers and cities fix this relationship in time and space. Bhattacharyya contrasts representations of the Hooghly in maps with those in almanacs, which capture both the temporal and cosmological meanings and practices as experienced by Kolkata’s residents under colonial rule. 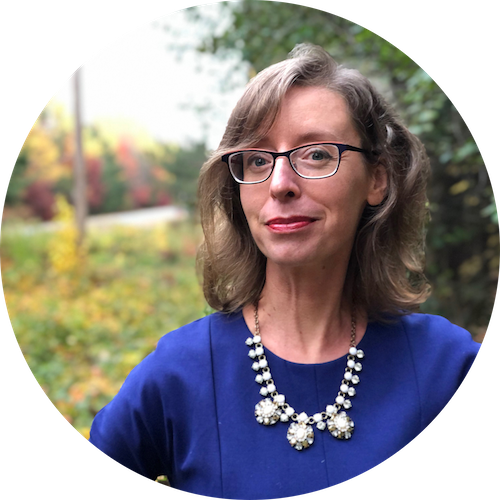 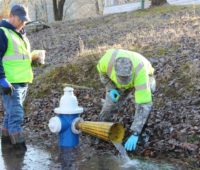 Christy Spackman’s contribution to the “Ways of Water” series tells the story of a chemical leak into Charleston, West Virginia’s water supply. While municipal authorities instructed residents on how to remove the chemical from their homes, and found no trace of it afterwards, many (but not all) residents identified a strong smell, with some taking ill. Spackman argues that the scientific mode of treating the problem without considering residents' embodied and affective experiences enhanced rather than ameliorated its impact. 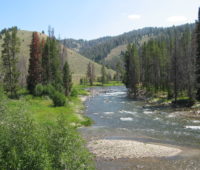 In his contribution to the “Ways of Water” series, Etienne Benson traces the history and impact of the quantification of water, especially bringing to light the visibility of the “water sciences,” and the invisibility of water’s many other, nonquantifiable, lives. Here, Benson suggests an approach to water that is not solely drawn on a binary, qualitative/quantitative divide, but rather proposes that a multiple and fluid water means that scientists and nonscientists alike may not be able to agree on first principles or a “basic set of facts” that define it, but that does not mean that we cannot understand water in all its many forms and meanings. 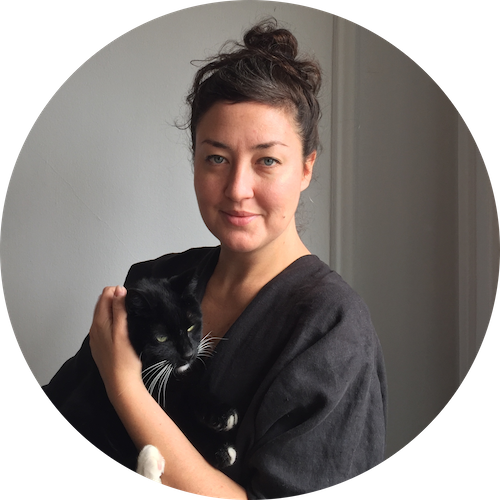 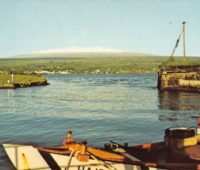 In the first essay in the “Ways of Water” series, Hiʻilei Julia Hobart explores the qualities of water that are also representative of diasporic experiences. Shallows and tides, among other forms, in their relationship to lands as well as other bodies of water, offer a significant scope through which to better understand and imagine the present and the future in a time of anthropogenic climate change. Rather than stasis, these water worlds help us re-imagine life as flows, and floes, where humans are not at the center, but one part of a shifting complex whole. These lessons, drawn from Indigenous and decolonial art and thought, suggest pathways forward to promote “praxis of care” that is local-grounded, but can encompass a perspective of planetary well-being.