The International Dissertation Research Fellowship (IDRF) Photo Competition is offered every year to IDRF recipients. Prizes are awarded for the best single photo, the best self-portrait, and the best photo essay, following a vote by IDRF fellows and staff.

The IDRF Photo Competition is offered annually to the current IDRF cohort. The 2021 Photo Competition was open to IDRF fellows in the 2020 cohort who wanted to share their favorite and most captivating photos—showing the life they have been witnessing and living every day, up to and including our Covid-19 quarantines. 2020 has been a challenging and often traumatic year for everyone across the globe and we recognize that many in the 2020 cohort have not had an opportunity to spend time at their research site, have had to create a new research site at their desk, or have spent less time than planned at their site. Our lives and research have been disrupted by the pandemic, but nonetheless, we want to continue the competition and see how our fellows could make lemons into lemonade and be creative through their research photographs. This year there were four categories for submission: Single Photo, Self Portrait, Quarantine Photo, and Photo Essay. We are pleased to announce the winners of the 2021 competition. 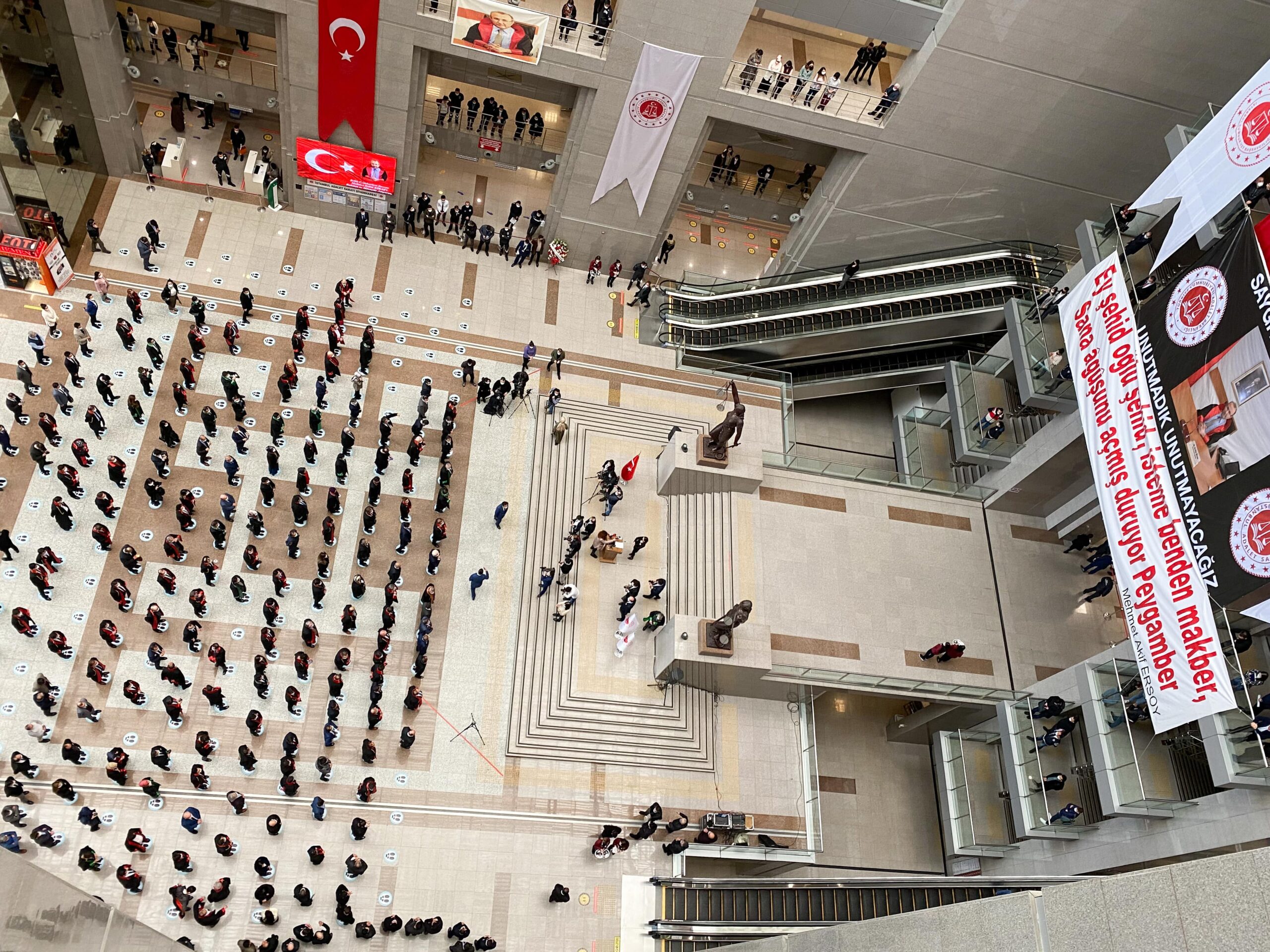 “Remember at a Distance”: The memory of the state materializes in the halls of the Istanbul courthouse. Judges and prosecutors remember the public prosecutor, Mehmet Selim Kiraz, on the sixth anniversary of his assassination by alleged terrorists. He was shot dead during an armed conflict between the police and those who took him hostage. Photo taken in İstanbul, Çağlayan, Turkey.

“Shared Spaces”: After four years of living under “enhanced security measures,” sitting on a communal bench with military officers touting rifles has an attenuated sensational effect, even for children. I observe these interactions regularly and while it is apparent that security logics have been absorbed into community-life, the reverse is also true. Photo taken in Kingston, Jamaica. 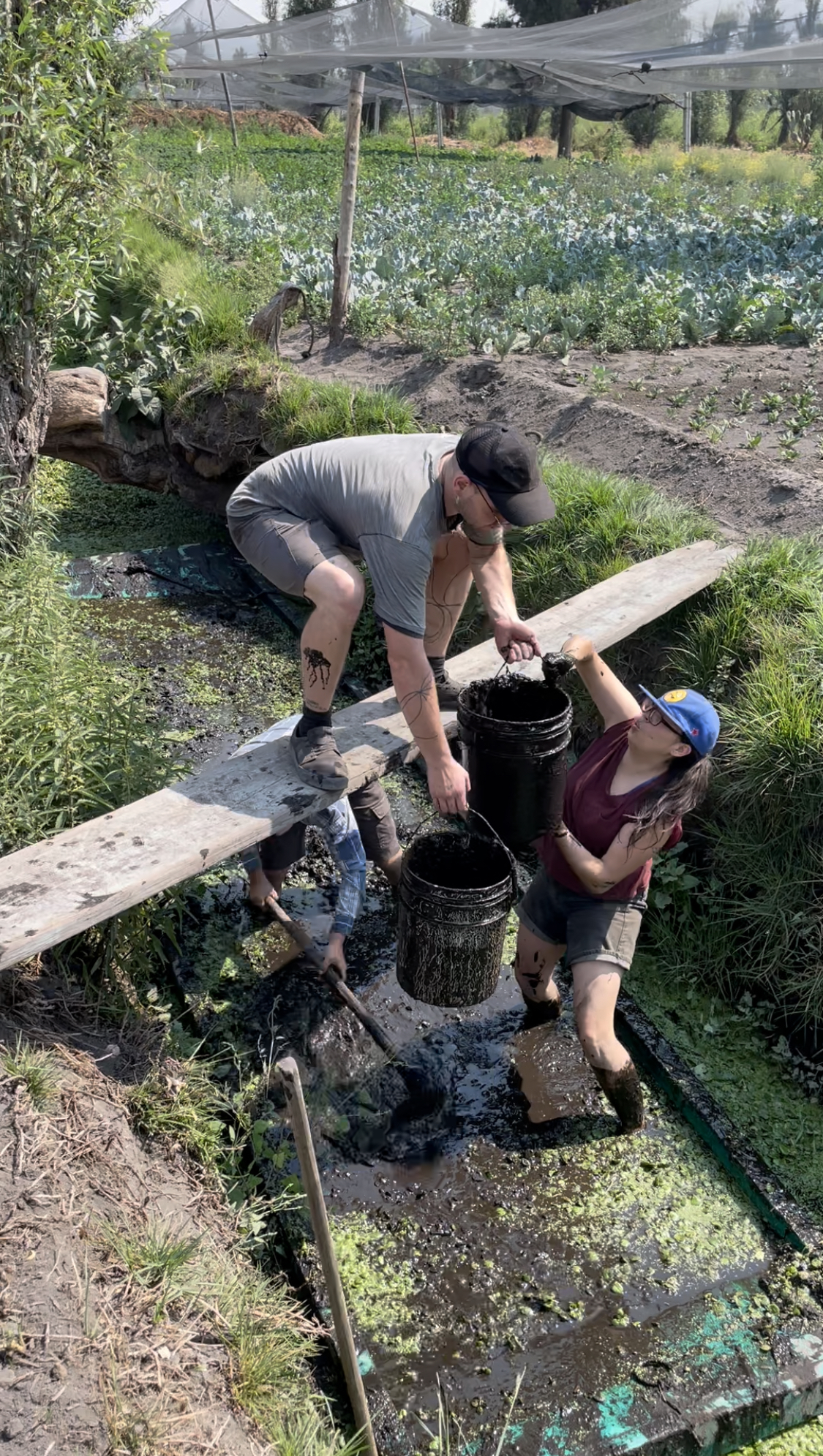 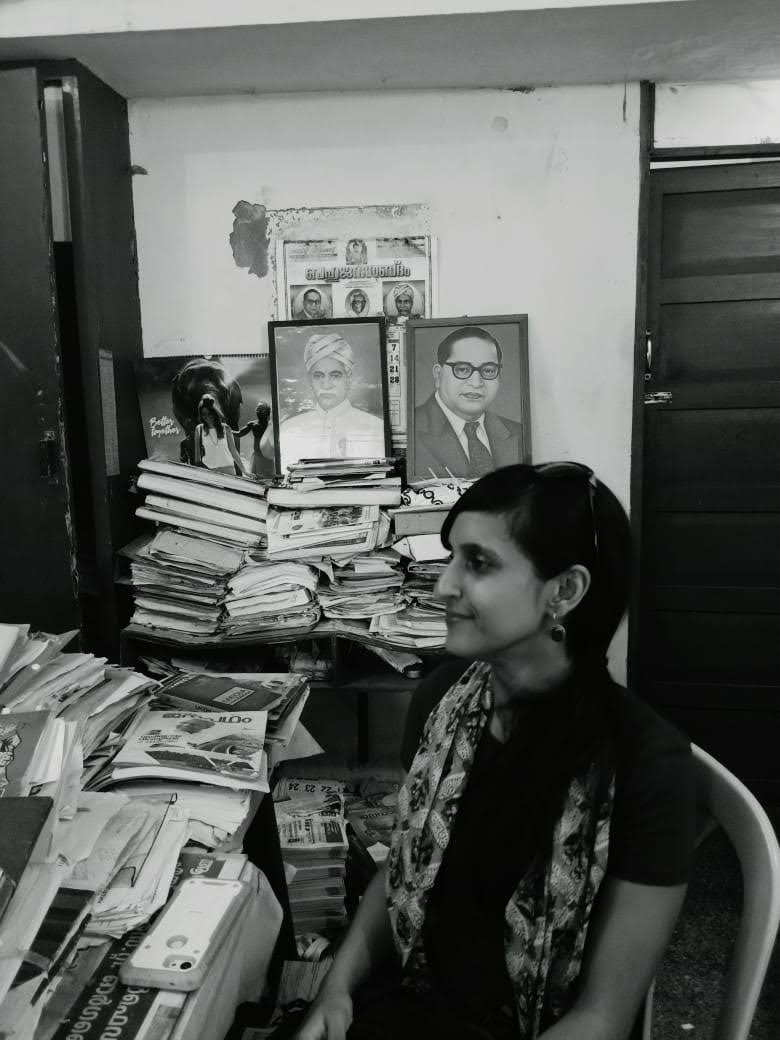 “A Sleepy Researcher amid Three Intellectual Giants”: An interview with a prominent journalist, amid heaps and heaps of magazines. Trying to listen intently, but feeling sleepy because it is after lunch and it’s nearing 40 degrees Celsius in Kerala. Meanwhile, two towering figures of India’s anticaste movement look on. Photo taken in Kerala, India. 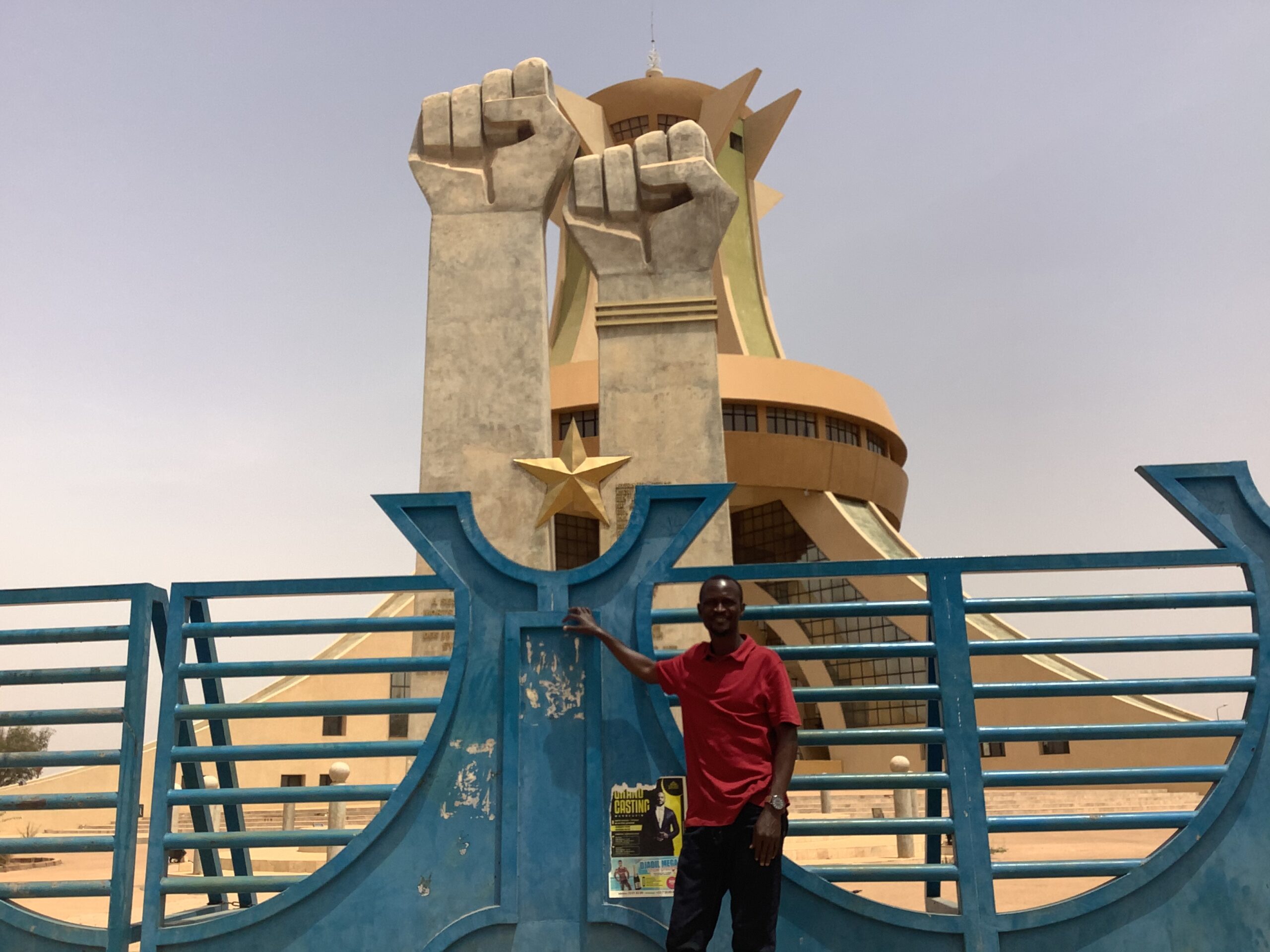 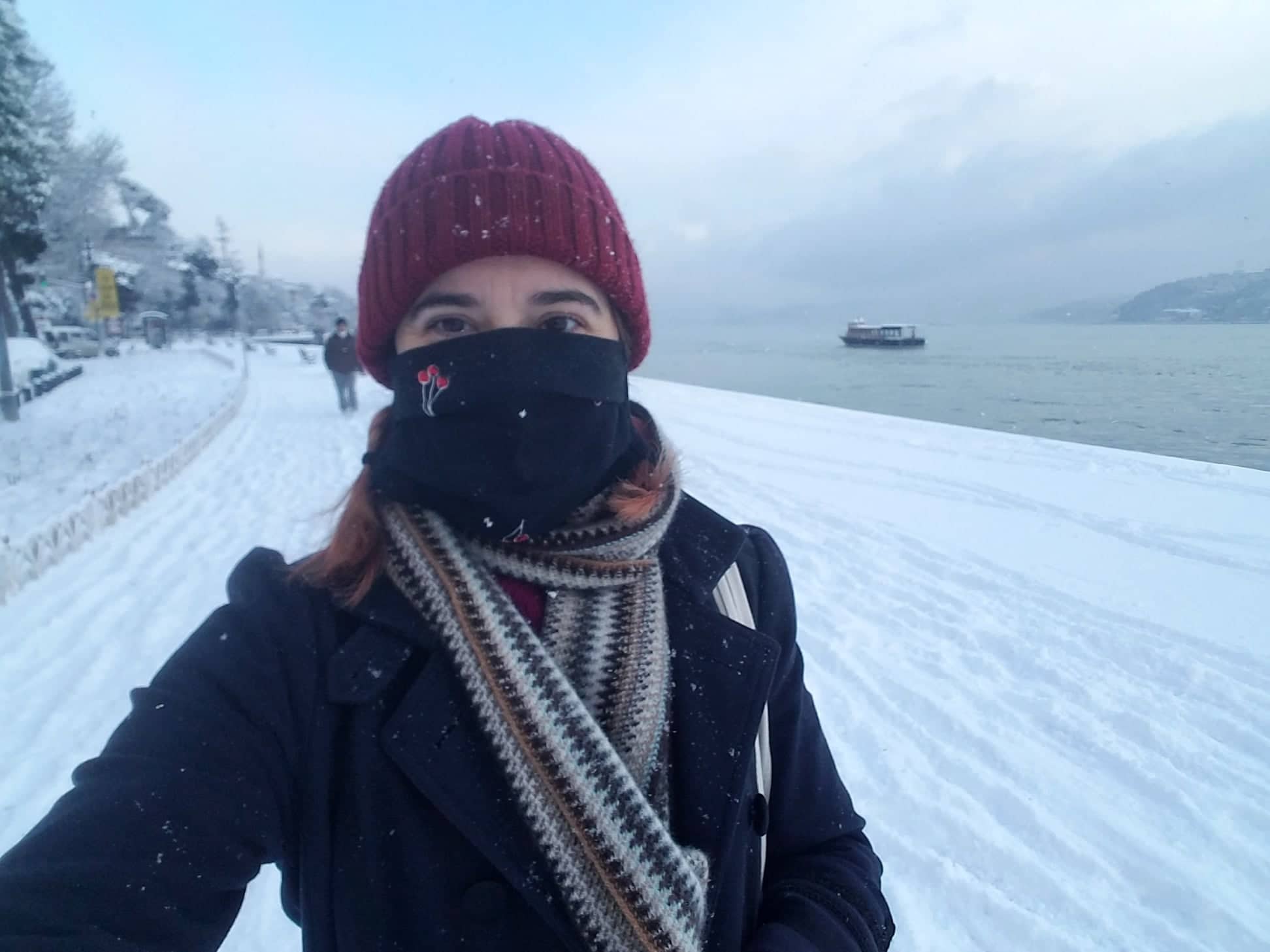 “Have Yourself a Snowy Social Distance”: The European shore of the Bosporus, usually lined with fishermen, opportunistic cats, and strolling families, was preternaturally quiet on January 18 when Istanbul awoke to a heavy snowfall. I rushed out for a stroll before the plows could do their work, finally glad to be wearing a mask. Photo taken in Emirgan, Turkey. 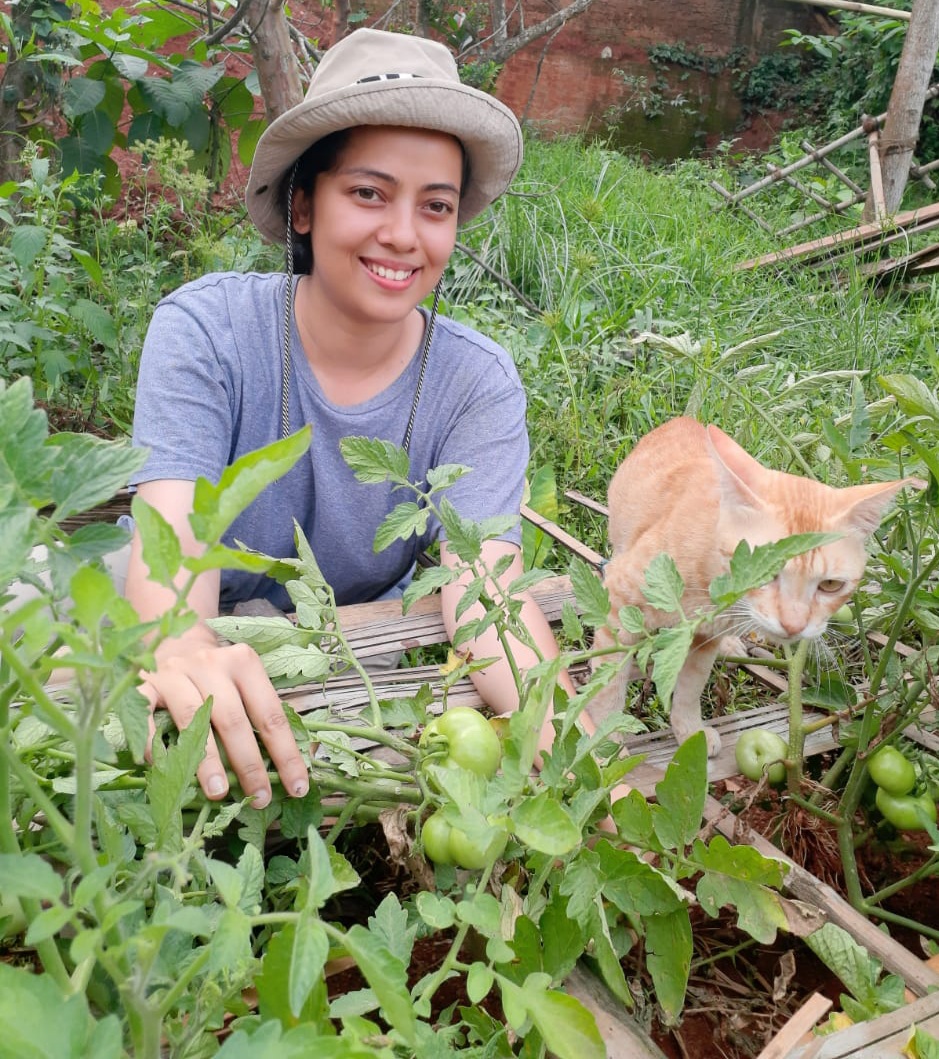 “A Garden of Hope”: During India’s Covid-19 lockdowns, I was privileged enough to have a small garden at my home in Assam, where I grew tomato plants. In times of hopelessness, these vining plants bore moments of joy for my family, and also for my furry friend, Maawi, who often got tangled in them. Photo taken in Guwahati, Assam, India. 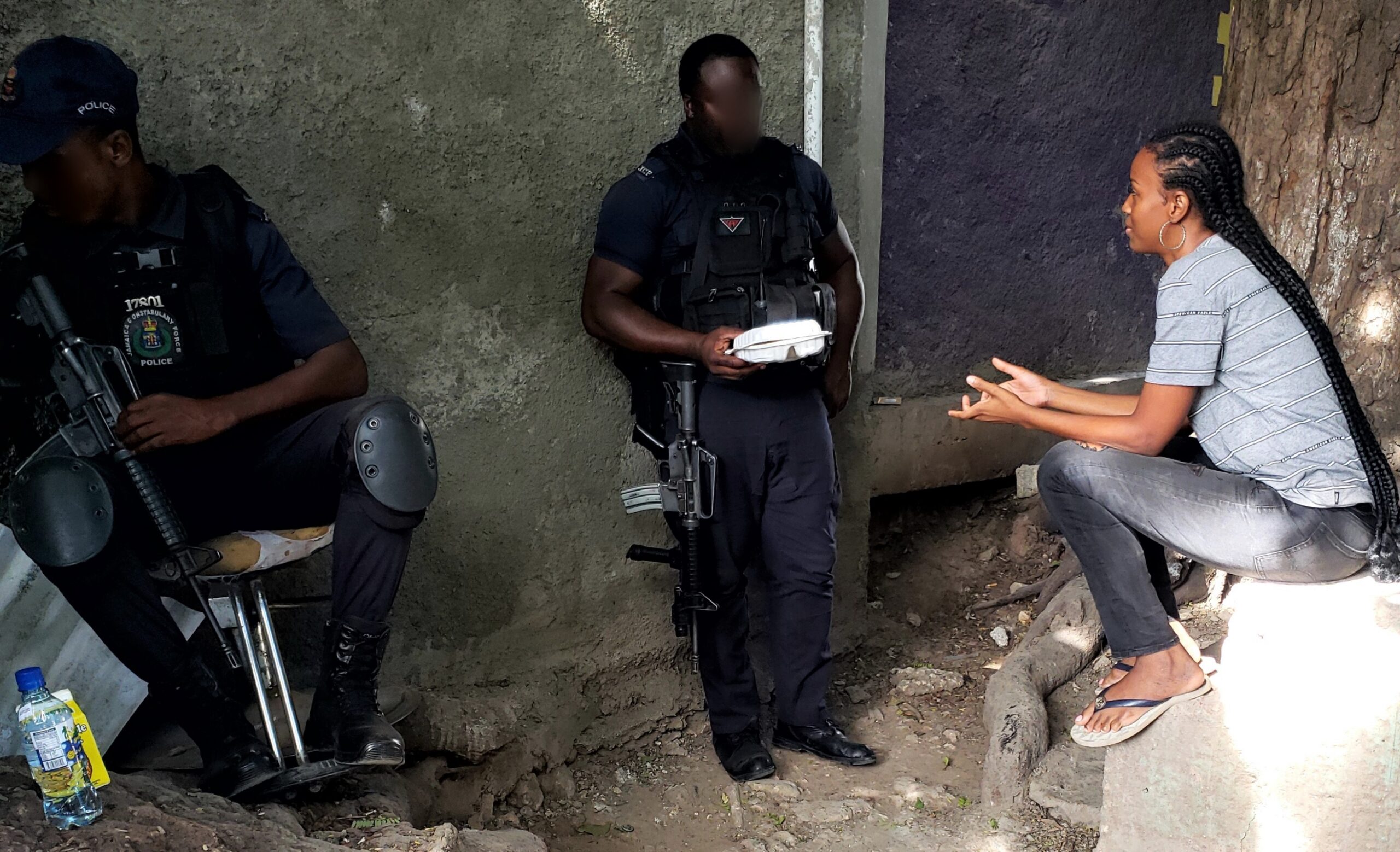 “Quarantine or Curfew?”: In response to heightened crime, the government imposed a curfew to “quarantine the criminals.” During the curfew, movement is restricted. Here I am “quarantined” in a tenement yard (which is ironically a communal living space), speaking to two police officers charged with enforcing the curfew in Trench Town. Photo taken in Trench Town, Jamaica. 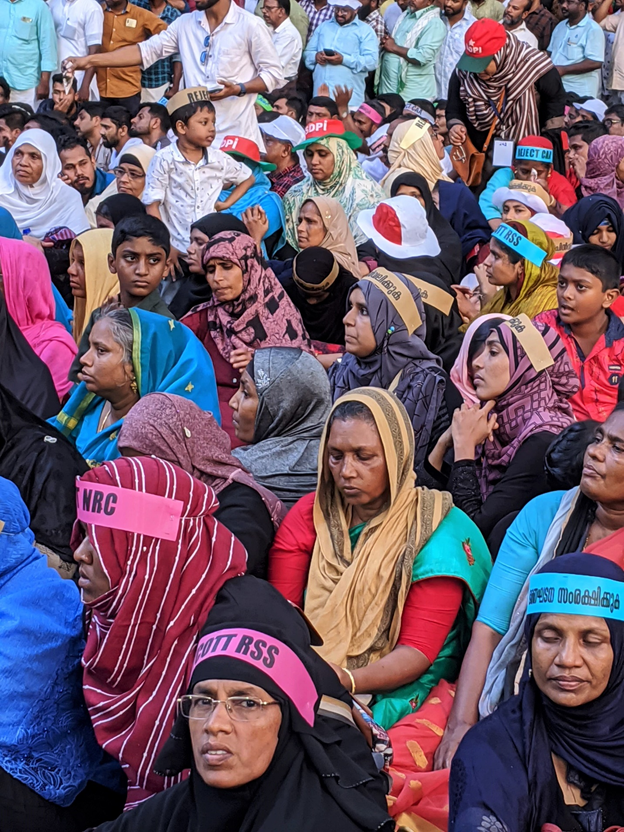 “Women Unite to Fight the Right! Scenes from One of Many Anti-Modi Protests”: India’s citizenship reforms, introduced in 2019 by the Hindu-nationalist Modi government, have been met with explosive resistance, nation, and worldwide. At my field-site such protests were a daily occurrence. In my conversations with protestors—mostly women and students—I learned that many of them were engaging in political work for the first time! Photos taken in Kerala, India. 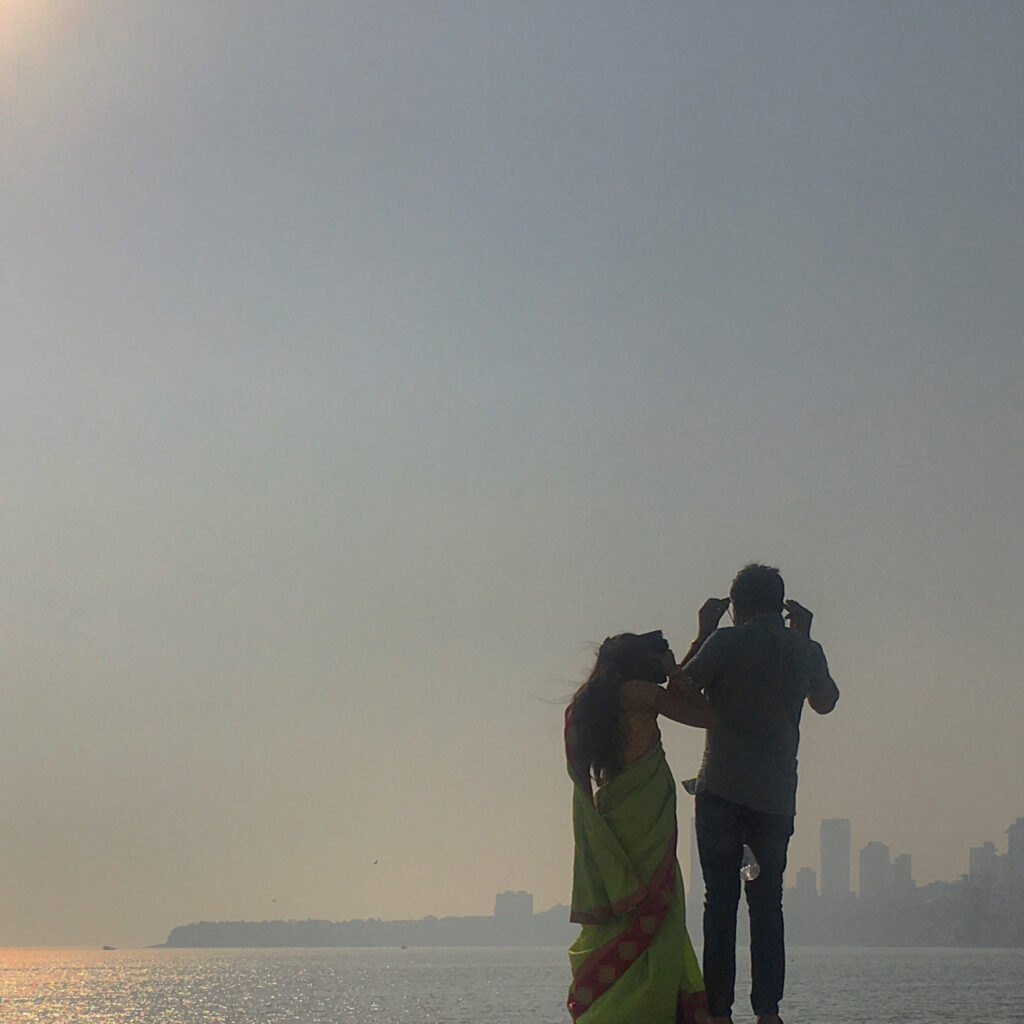 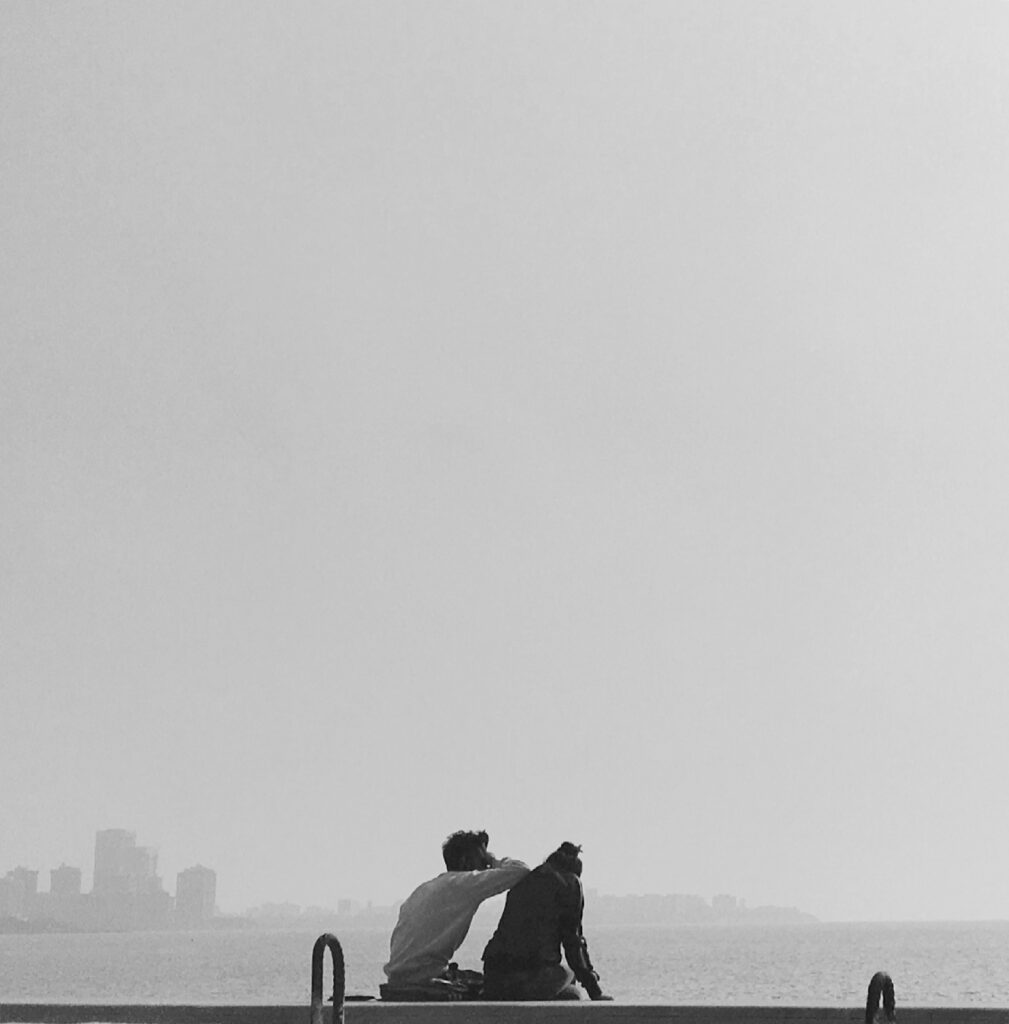 “Company in a Season of Lonely Hearts”: I had chosen to work at archives until January but did not choose the loneliness of being the only researcher in empty city archives. As if to vicariously compensate, I would take photographs of companionship on my daily commute. These pictures are for the friends I couldn’t make this time. Photos taken in Mumbai and Kolkata, India.

Previous article When You Do It Right, It Looks Like You’re Overreacting: Intuitive Judgments of Covid-19 Public Health Measures

Next article Studying Social Movements in Covid-19 Times: A Conversation with Samantha Agarwal

In Service of Anthropology: A Profile of Danilyn Rutherford